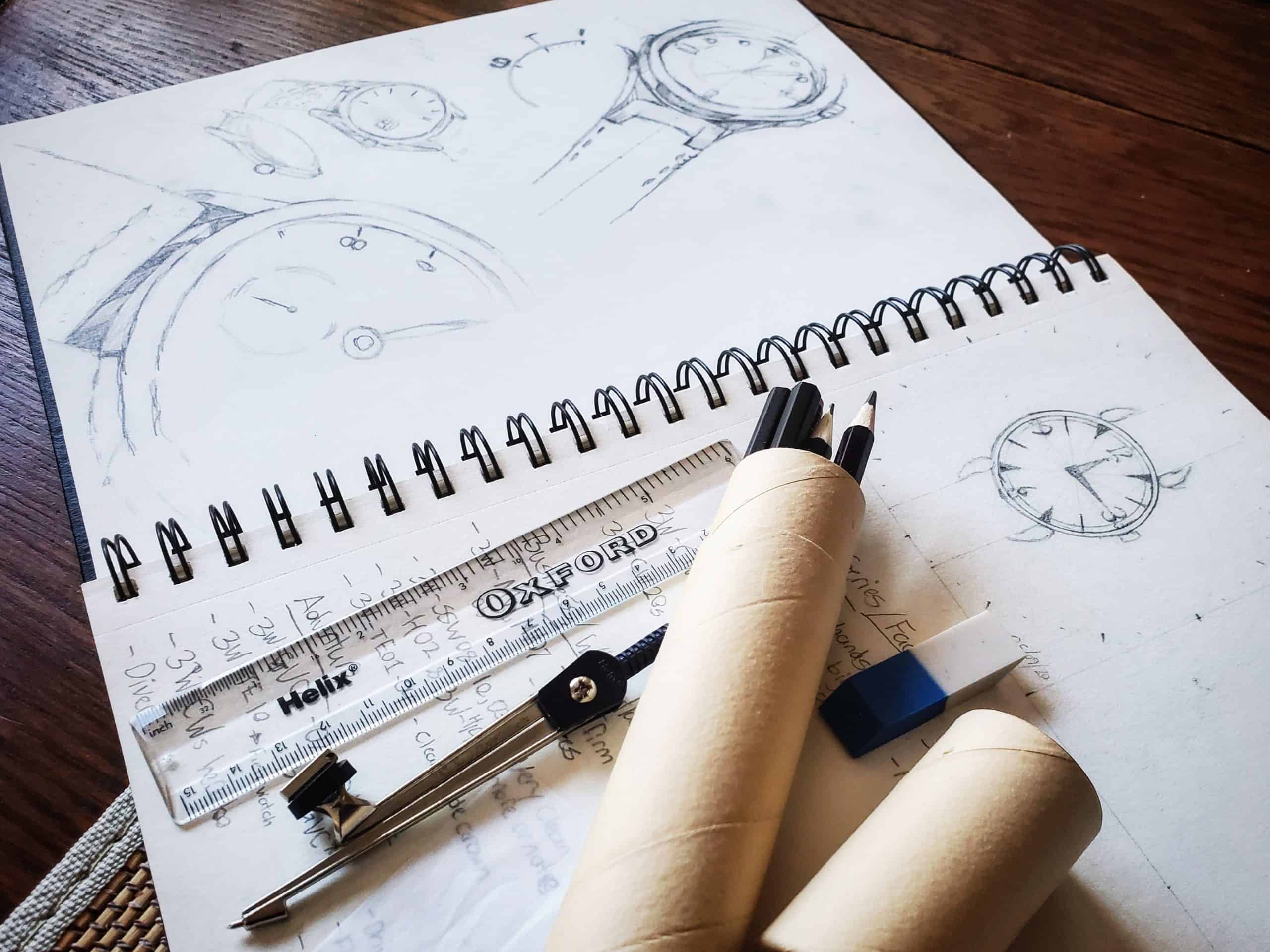 A Hamilton entrepreneur with some time on his hands has found a way to make that extra time work for him.

Ryan Moran is the man behind the new Hamilton-based microbrand, Locke & King, named for the neighbourhood (Strathcona) in which he grew up, that specializes in timepieces and fashion accessories.

“This idea has been kicking around for a while,” Moran told IntheHammer. “I’m not a traditional watchmaker but I’ve always been interested in fashion and accessories.”

Locke & King is currently an e-commerce site (with plans in the works for a possible brick-and-mortar shop in the future) that launched this week that sells carefully curated items like journals, sunglasses, hats and pens, as well as watches (coming soon to the website) designed by Moran.

“It started almost as a hobby,” Moran said, noting that the ball really got rolling on the Locke & King brand when he lost his job with Niagara Parks in September 2020, thanks to the pandemic.

“I was already thinking about making a change and [losing my job] was that universal nudge in that direction,” he said.

While Moran, who is co-owner of CoMotion on King, a co-working hub in downtown Hamilton, had plenty to fall back on, in November, he started his own marketing consultancy aptly named And Then What?

But still, there was time left for Moran to ponder what his next moves will be and he decided it might be the perfect time to tap into one of his passions.

So, he set about trying to learn how to design stylish ways to track the passage of time.

“I sat down with a sketch pad and started drawing watches,” he recalls. “And then it was a snowball of learning and building on what I already knew.”

Pretty soon, Moran was sourcing materials to bring his creations from the conceptual realm into reality.

The result is a sleek and modern high-quality traditional automatic watch that is powered by the movement of one’s body.

As it stands, Moran’s watches are still in the prototyping stage but are expected to become available for presale on the Locke & King website in June.

“It’s not necessarily a luxury brand,” Moran said. “I come from Hamilton and I didn’t want to price out the people who live here and I wanted it to reflect Hamilton’s story — it’s a good quality, hard-working product.”

If the Locke & King brand takes off, Moran sees an opportunity to make more luxury tickers or even more economical lines, but for now, his watches are selling in the $400 to $500 range.

The website celebrated its soft launch this week and Moran said the plan for the next little while is to continue to introduce the Locke & King brand and the tenets behind it to the community.

“The watches will be named for streets in Hamilton and beyond to tell those stories of exploration and travel,” Moran said, pointing out that on the back of the watches, there’s an embossed logo.

“It says ‘onward and upward,” he said. “It serves as a motivational reminder that time is a tool to build habits and destiny.”

To learn more about the Locke & King brand and to explore its shop, visit the company’s website.