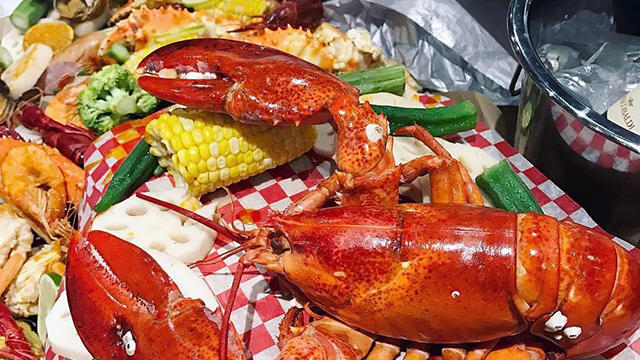 It’s not unusual for Mississauga—a city with a thriving, growing culinary scene—to welcome new restaurants and 2017 has been a good year in food for the city.

A few weeks back, we learned that that The Captain’s Boil, a growing seafood boil resto that recently opened its latest location in Etobicoke, was setting up shop in Mississauga soon.

Now, it appears the restaurant is coming together. It will be located along Burnhamthorpe Road West near Mavis, further augmenting a developing “foodie” strip that’s become more popular with the somewhat recent additions of Kenzo Ramen, Chatime and Sugar Marmalade (places that still generate long lineups despite that the fact that they’ve been open for a few years).

As for what sets this establishment apart, it’s the Asian-inspired take on seafood. According to the chain’s website, Asian fisherman that immigrated to the U.S. Gulf Coast in the 70s enhanced the recipe for the classic Louisiana Creole crawfish boil by adding such aromatics as lemongrass and ginger and serving the dish with garlic butter and various Asian spices.

In short, The Captain’s Boil boasts Cajun and Asian fusion items and it’s the first restaurant of its kind in the GTA.