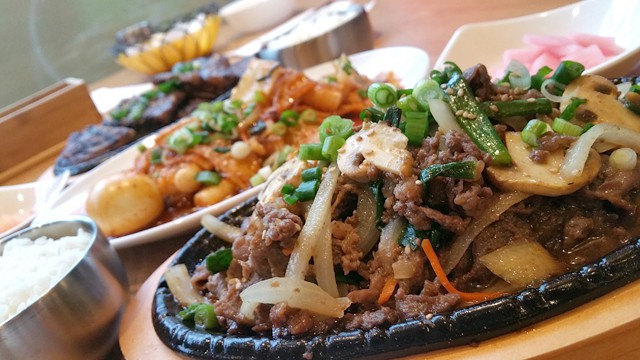 If you love Korean food, you are in luck–a major Korean franchise has opened up in Mississauga.

Nuri Village is a rarity in Canada and Mississauga is the site of its second location (the first is in Waterloo). They have over 200 locations in South Korea and even sponsor a TV drama in the country. But while that’s all well and good, let’s get to the food.

The menu boasts all the Korean specialties like Bugogi, spicy rice cakes and, of course, pork bone soup. The meat on the pork bone was fall-off-the-bone good! They also have hot pot dishes that allow you to cook your meat at your table on electric stove tops.

Nuri Village is currently open until midnight for a late night crowd and in 2017, they will be open 24 hours for diners with super late night munchies.

What was there before: Bukhara Grill
Seats: 60+
Patio: No
Type of Restaurant: Full service