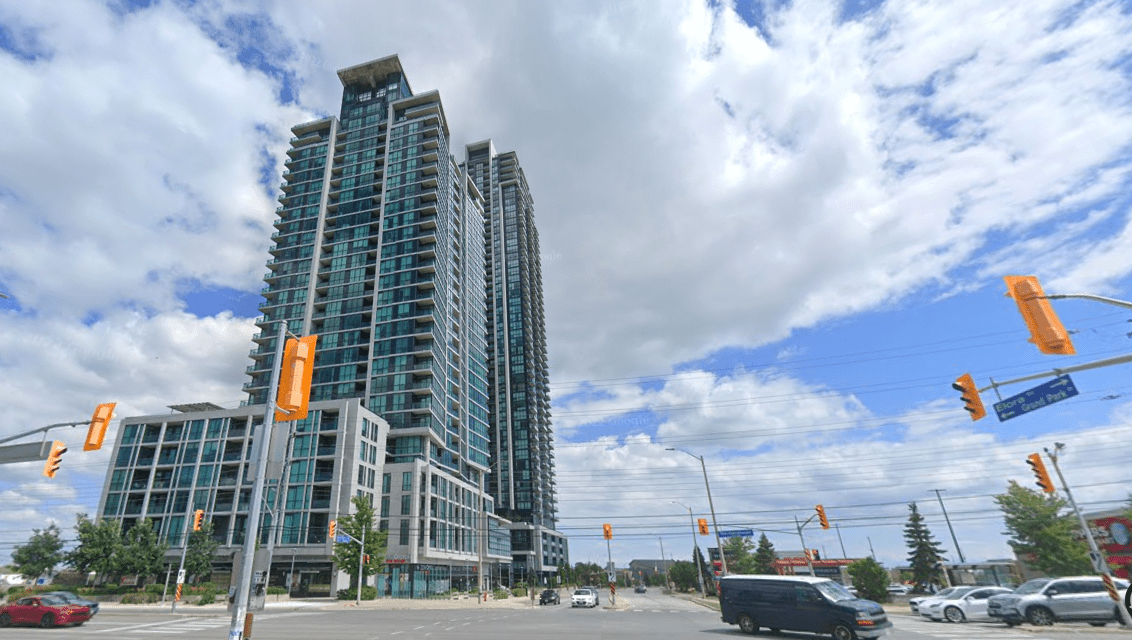 A pedestrian is in hospital after they were struck by a car in a bust Mississauga intersection, now closed as police investigate.

Peel Regional Police announced the crash shortly before 6 p.m. on September 29. The man was walking through Burnhamthorpe Rd. and Grand Park Dr. a little before 5:30 p.m. when he was struck.

Burnhamthorpe Rd. is a fairly major artery through central Mississauga, moments away from the parallel Hwy. 403. Its intersection with Grand Park Dr. is home to a large apartment tower and a shopping plaza.

The pedestrian suffered serious injuries when struck and was later rushed to hospital. Police are on the scene investigating the crash. They’ve closed down Grand Park Dr. from the far side of Burnhamthorpe a block down to Webb Dr.

Police have not commented on the status of the driver.