We all remember when the well-known American retailer Target made a big splash into Canada and left just as quickly, shutting hundreds of stores across the country after failing to gain traction in the Canadian retail market.

Now, another international retailer (at least its Canadian component) could be in trouble, albeit because of an even worse situation.

According to a report from Retail Insider, Miniso Canada is filing for bankruptcy of the Canadian division. They claim that division has been fraudulent in its business dealings by transferring and hiding assets. 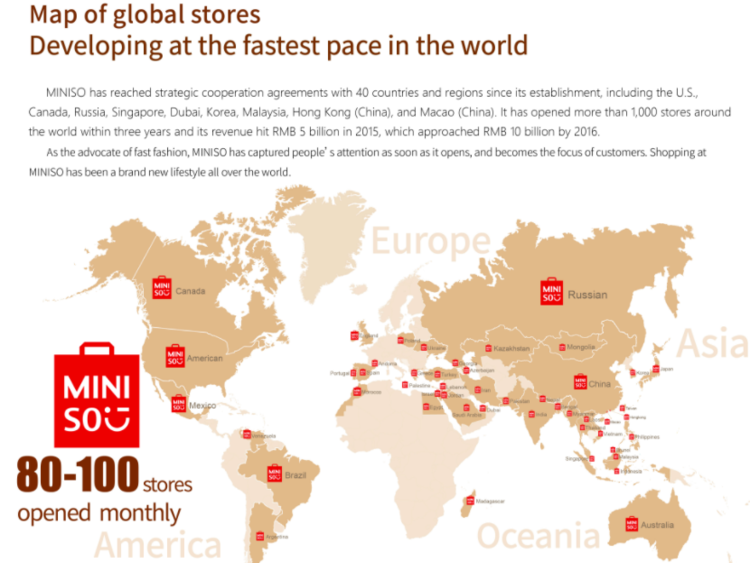 The parent company is claiming debts owed in excess of $20-million, and has retained a law firm to proceed with the application for bankruptcy that will be heard next month.

According to the article, sources also said that the Canadian division has demonstrated a “pattern of unethical behaviour”, and more speculate that the parent company is pulling out because of the recent arrest of the daughter of the founder of Chinese tech giant Huawei.

They opened their first Canadian store in Vancouver in the spring of 2017, and it now operates 48 stores in the provinces of British Columbia, Alberta, Ontario, Quebec and Nova Scotia.

Miniso styles itself as a ‘Japanese lifestyle brand’ although it is headquartered in China, and its branding and stores copy elements from retailers such as Uniqlo and Muji.