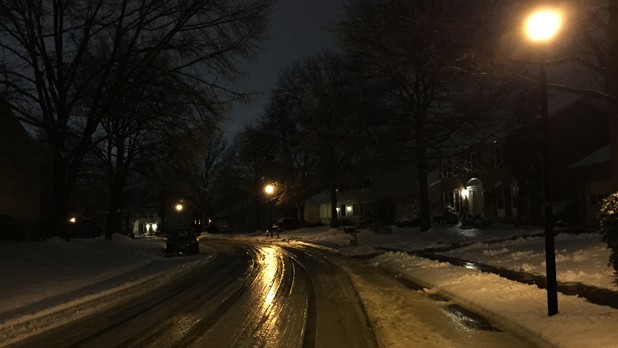 Mississauga is under a winter weather alert, and according to Environment Canada, the inclement weather has the potential to turn into a major ice storm in parts of southern Ontario come Saturday and Sunday, April 14 and 15.

The precipitation is set to kick off on Thursday with freezing rain, and it might turn into a “much more significant freezing rain event” come this weekend, reads the weather alert.

Unfortunately, this might be due to a slow-moving, low-pressure system approaching the area, says Environment Canada.

It’s hard to know exactly which areas will be affected, but areas closer to Lake Ontario and near the Highway 401 corridor may remain just above the freezing mark (meaning less—if any—ice buildup).

As for the possible ice storm, here’s what Environment Canada says:

“This has the potential to be a major ice storm for some regions with ice accumulations in excess of 20 millimetres possible.”

Ice accumulations of this magnitude combined with gusty winds to 60 km/h may result in widespread power outages due to fallen tree limbs and power lines.

Travel is also expected to be hazardous.

So, if there’s a storm this weekend, it also has the potential to be dangerous and cause widespread effects and tough travel.

There you have it – the weekend weather forecast isn’t pleasant, and you might want to prepare for the worst.

Hopefully May will bring much better weather!