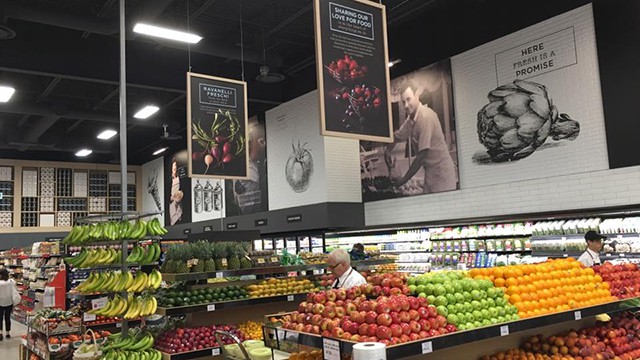 Rumours about an exciting grocery store “takeover” have been circulating for awhile and now, we can confirm that they are true.

Starsky, the brand best known for its popular Eastern European grocery stores, recently assumed smaller grocer Michael-Angelo’s assets. This means that the larger company is taking over the two locations currently run by the Michael-Angelo’s brand, including the store in Mississauga.

The absorption will go into effect on Sept. 1.

So, what does this mean for Michael-Angelo’s customers?

“We plan to continue the Michael-Angelo’s legacy with the same great products that were offered previously,” says Peter Sulak, general manager with Starksy. “We’ll be expanding selection and adding to the existing store.”

“We’ll offer an excellent selection of cheese and deli products,” says Sulak. “Even though the selection is great, we’re going to surprise a lot of people with what we’re going to offer. We’re going to keep what’s there and build up on it.”

But while Michael-Angelo’s shoppers won’t see any differences in terms of branding (at least not immediately) and Italian goods, they should note that the brand’s Gusto! Rewards program is ending Aug. 31 (right before the changes take effect). So anyone with points or gift cards must redeem them this week.

Both locations are currently hiring.