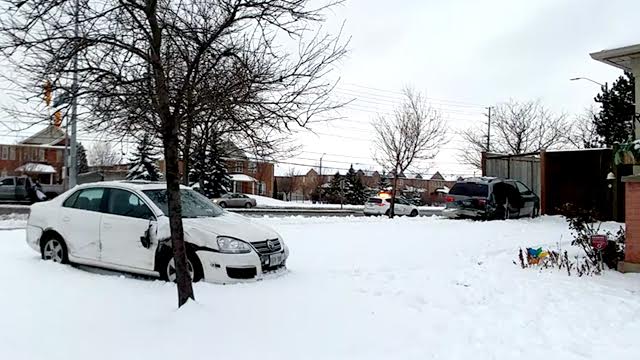 A four-vehicle collision at a major intersection could make the afternoon commute a little lenghthier for some drivers in Mississauga.

A witness recently reported that a four-vehicle collision at Winston Churchill and McDowell has created some chaos in the area.

In the photos, emergency vehicles can be seen blocking parts of the intersection. Debris is also scattered all over the roadway. One vehicle, a Buick SUV, has sustained significant damage. Another vehicle went through a fence and into someone’s backyard.

Another vehicle is seen on a resident’s front lawn.