Major firework events being considered at Celebration Square in Mississauga 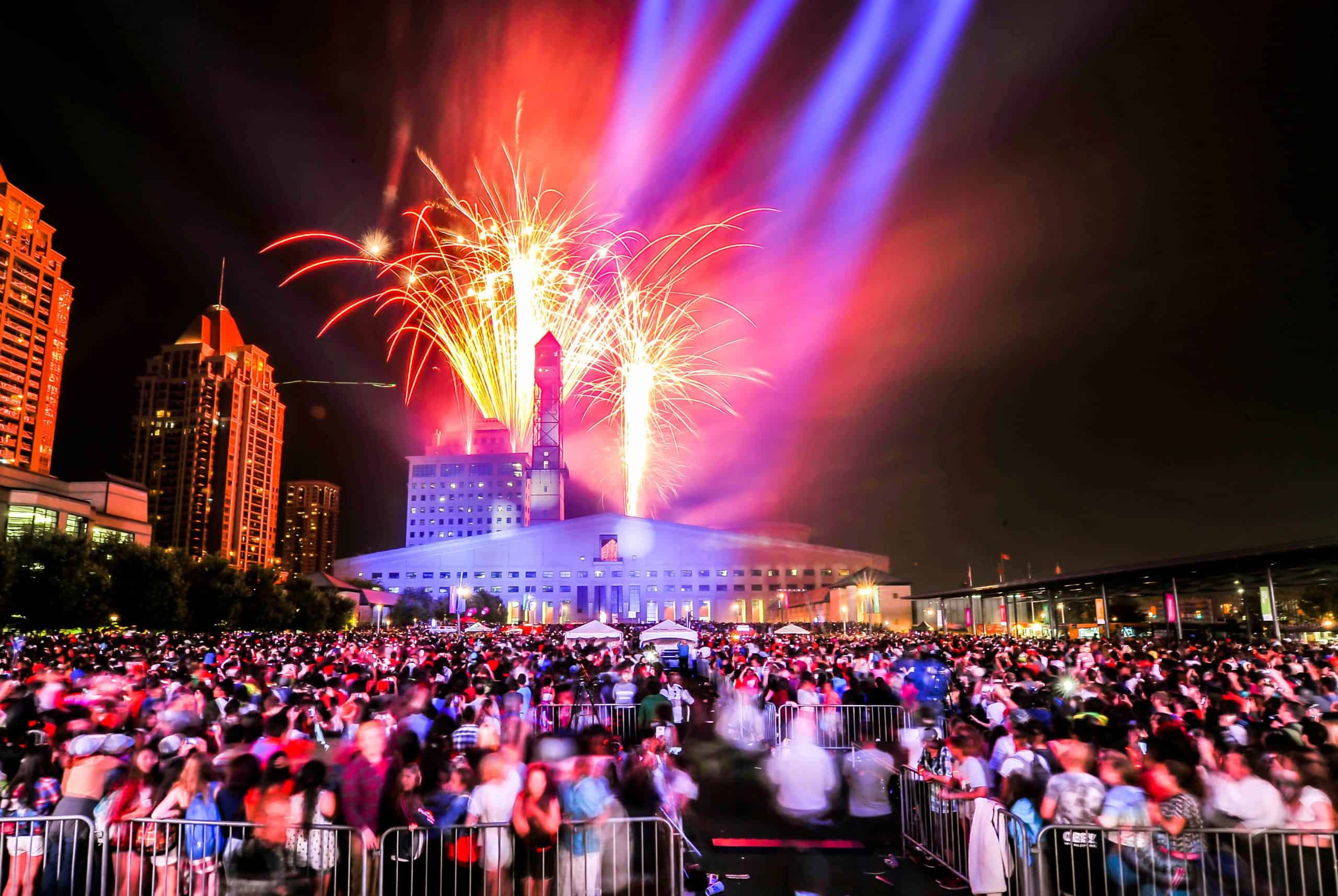 Mississauga is considering a plan to bring all major fireworks celebrations throughout the year to Celebration Square in the city’s downtown core.

One gathering in Malton erupted into a near-brawl involving some 500 people.

Crombie said maybe it’s time to think about hosting all large fireworks shows marking major holidays at Celebration Square, as they do for New Year’s Eve and Canada Day.

“Perhaps it’s time to think about (hosting) displays of fireworks (at Celebration Square) for Diwali and the Lunar/Chinese New Year…as well as Victoria Day so there’s a central point for people to gather to watch fireworks because what we’re hearing is in the lighting of fireworks across the city until late hours, this is very difficult to control, very difficult to enforce,” she said.

“It would be great to see the square come alive and people gathered and provide options for families that they could come together safely and celebrate safely as we do for Canada Day rather than trying to light fireworks on their own, whether it’s in our parks and then we have the cleanup to do, or in their own homes.

“I think it’s time. Obviously there’s an interest in more than just Canada Day and Victoria Day and New Year’s. We have a very diverse population that do enjoy fireworks displays, but we need to keep it safe and protect families, and why not gather together to have one great show rather than smaller ones in backyards and in parks.”

City staff members said they’d look into crafting a plan to use Celebration Square as a host spot for the various fireworks events throughout the year.

Crombie and Ward 5 Councillor Carolyn Parrish agreed that in the case of Diwali, a central Malton location in addition to or in place of Celebration Square would make sense.

Parrish said she’s already working with the Malton Business Improvement Area (BIA) on a plan that would see next year’s Diwali fireworks celebrations take place on the roof of the Great Punjab Plaza, on Drew Rd.

“Malton has a terrible time with fireworks in the neighbourhoods…,” said Parrish, adding she’s also working to prepare a notice of motion to review the City’s fireworks bylaws. “If Diwali is allowed to do fireworks on one day, not all five, we’d have a lot more control and a lot fewer complaints.”

Parrish was referring specifically to the unruly behaviour of the hundreds of party-goers responsible for the near-brawl on Oct. 24 at Westwood Mall.

“It was a bunch of young men that had too much to drink and were buying fireworks right up until 10 o’clock from a local store right there, and ended up shooting (them) at each other and it was just a big mess,” she said. “We should work to see if we can come up with a bylaw that works for Mississauga, keeps our various groups really happy, but controls it for the people who are not happy.”

But she cautioned not to change things so much that it takes away the charm and meaning of the holiday.

“It’s nice to have the big events, but every festival is different and a big part of Diwali is that you don’t leave your home on Diwali day because you light the lamps and the idea is that you’re at home because prosperity will only come into your house if it’s lit up and you’re there,” she said.

“So, you really have to be sensitive to that…a lot of people don’t actually leave their homes on that day. To have a big celebration a day before or a day after would work.

“There are ways to regulate this better without taking the charm of the festival away.”