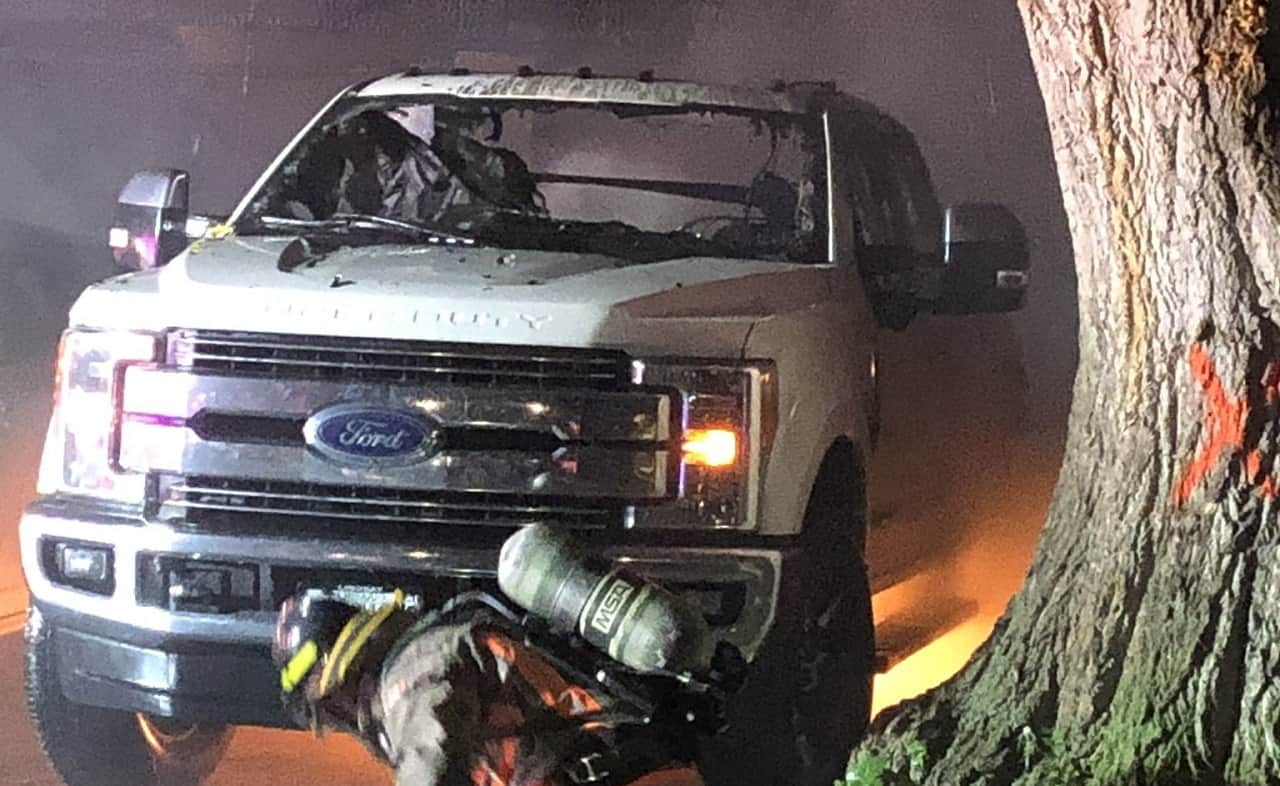 Mississauga Fire reported at 1:20 a.m. that crews were on scene for a second-alarm fire at a house and detached garage on Alexandria Ave.

The fire caused major damage to the house, collapsing its roof.

Mississauga 2nd Alarm @MississaugaFES on scene of a fire in a residential dwelling and detached garage. No injuries reported but the house is a loss.#Mississauga @derynrizzi @IAFF1212 pic.twitter.com/oDBo6AtPkV

The cause of the fire is still being investigated, although early reports indicate it was caused by propane tank explosions in the garage.

The home’s four occupants were all out of the house, and no injuries have been reported to any occupants or firefighters.