Major Fire Breaks out in Mississauga 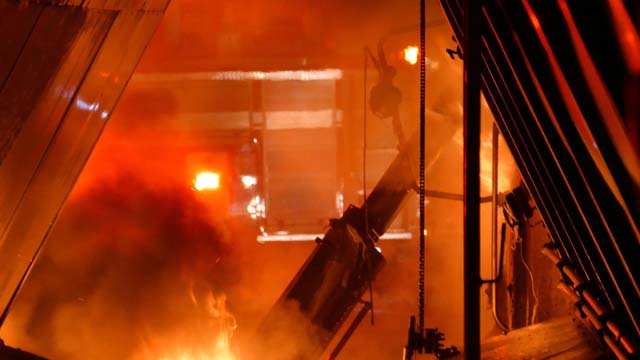 A massive fire destroyed five tractor trailers and one SUV over night in Mississauga.

On Saturday, Dec. 17, the fire broke out in the back lot of a commercial building on Atlantic Drive north of Britannia. Hazmat fire trucks were dispatched to the scene to investigate potential fuel leaks.

Two aerial ladders were used while firefighters attempted to extinguish the blaze.

No buildings were damaged during the incident and no injuries have been reported at this time.

The area was closed while emergency crews contained and fought the blaze.

You can see a video the blaze below, courtesy of Pascal Marchand – The 4K Guy