Some residents could see a huge change to their building.

A retirement home in Mississauga that has been in the city for years could be seeing some major and substantial changes down the road.

The Yee Hong Centre for Geriatric Care, located at 5510 Mavis Road near the intersection with Matheson Boulevard since 2003, has submitted a development application to Mississauga planning committee. 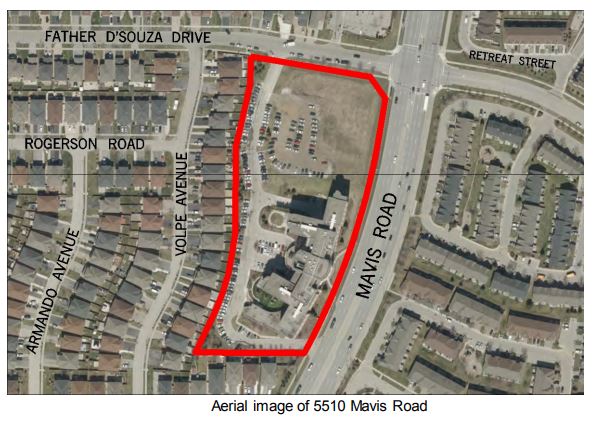 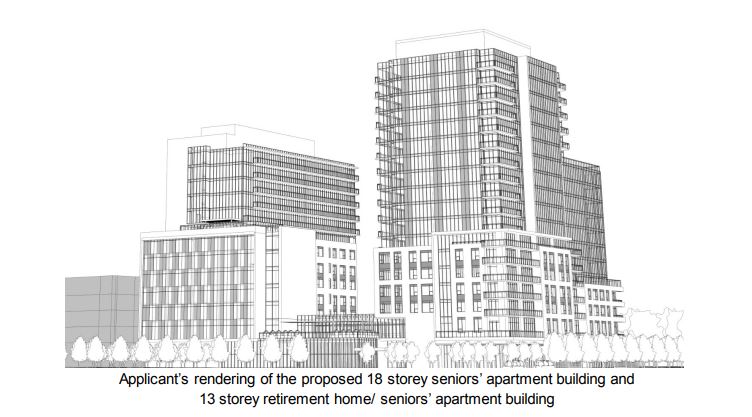 Here is another artistic rendering of the proposed new buildings in proportion to the street and the existing seniors’ facility. 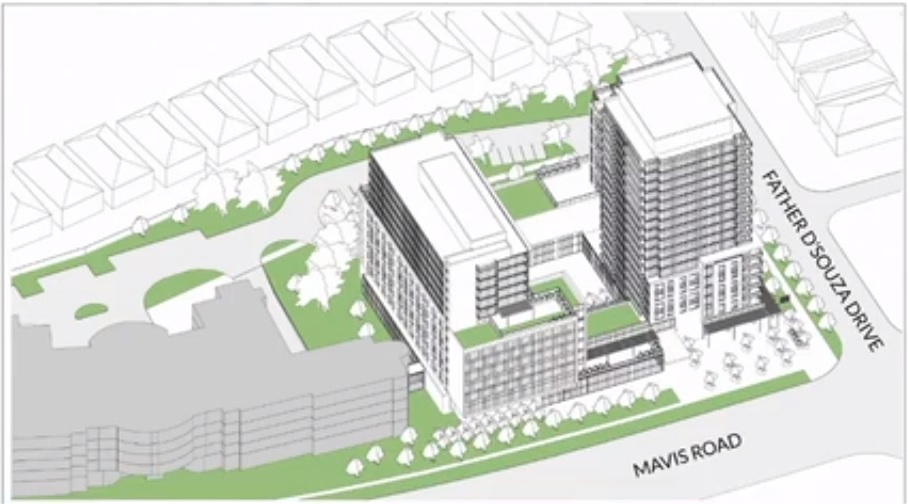 Currently, Yee Hong is located in a residential neighbourhood with detached and semi-detached homes, as well as townhomes on the east side of Mavis. Heartland Town Centre is steps away and the MiWay Route 61 servicing Mavis Road goes to the Square One Terminal.

Although the zoning bylaw allows for an additional building of six to nine storeys, the maximum height allowed is only four. The application seeks to amend the neighbourhood policies to allow for additional height and density in Mississauga's official plan before proceeding with rezoning.

The proposed new buildings will be situated at the corner of Mavis Road and Father D'Souza Drive, which is currently a field with some additional parking spots for Yee Hong. Below is an aerial site plan of the concept. 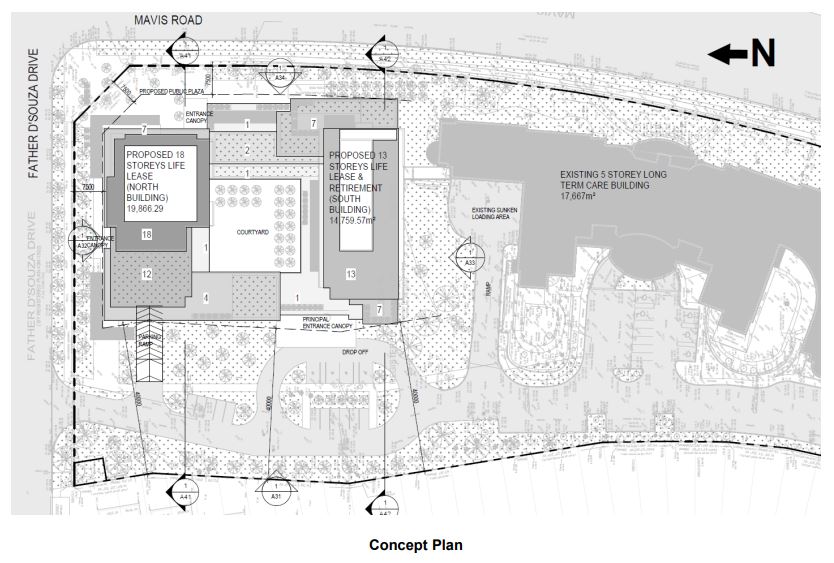 Here's an artistic rendition of the outside of the building, which consists of a built-in garden and sidewalks. 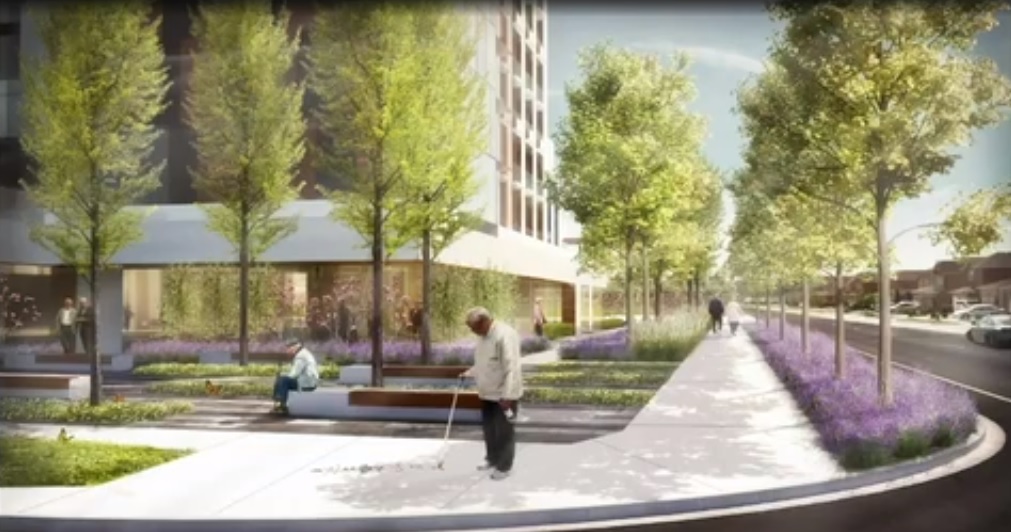 There were three opportunities for public feedback during meetings held by Yee Hong in September of 2017 and January 2018. Three written submissions were received with the following concerns from 12 residents:

During the planning committee meeting, the planner for Yee Hong indicated that the original plan was scaled back in accordance with public concerns raised. Below was the plan from 2017 in comparison to now.

Ward 5 Councillor Carolyn Parrish said she could not support this application until a proper survey was done, saying the planners had not talked about it with her.

"There's no way I can support this until I have a survey done on my side of Mavis because I have residents in Ward 5 (on the east side of Mavis) that are going to have to look at this," Parrish said, saying while she could handle the 13 storeys, the 18 storeys was 'really pushing it'.

Ward 6 Councillor Ron Starr backed Yee Hong, saying they were renowned for building 'world class' facilities for seniors care, adding that this development would be a model for what was needed in Ontario in terms of density and more housing.

"Yee Hong isn't just for the Chinese community; they accept every background of resident and that's the kind of model I think we need to have," Starr said. Starr did accept some blame if there had not been enough notification or mailing that went out about this proposal.

Perhaps next time in terms of the communications pieces, you shouldn’t just limit them to one side of the road even though the possible impact of the new buildings spill over onto the other side into another councillor's territory.

What do you think of the proposal by Yee Hong for these two towers?

A new restaurant specializing in grilled meats just opened up in Mississauga
Mississauga is the city where foodies can explore cuisines from all around the world and every new restaurant that pops up offers an experience to remember.
END_OF_DOCUMENT_TOKEN_TO_BE_REPLACED