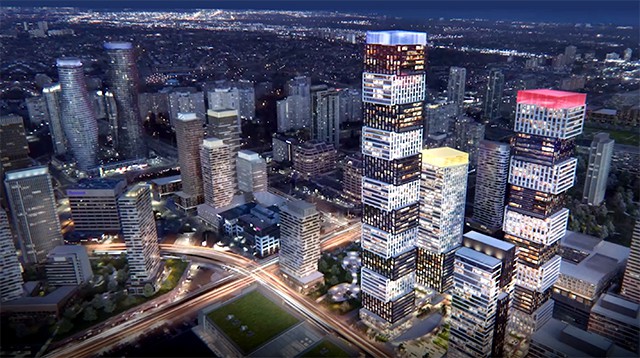 Mississauga has been, quite refreshingly, open to new developments and, by extension, fairly rapid urbanization of what was once a sprawling bedroom community defined by swaths of detached family homes.

Now, it looks like another development–and a particularly urbane one, at that–has been proposed for the city’s bustling (and growing) City Centre neighbourhood.

According to a recent Toronto Storey’s post, the Exchange District could soon take shape at 151 City Centre Drive (the current Desjardins building), right near Square One. 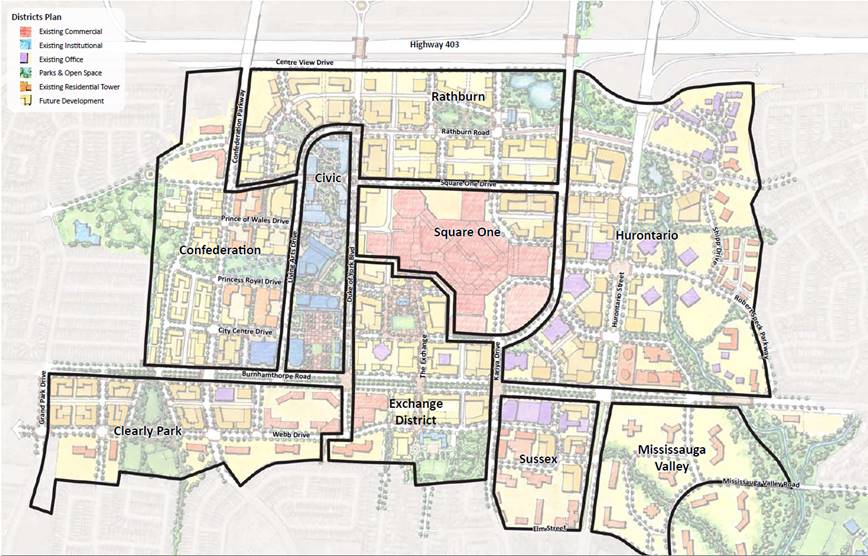 Photo courtesy of City of Mississauga, via Toronto Storeys

What will the Exchange District entail?

Toronto Storeys says the site will span about three acres and potentially feature towers up to 72 storeys in height.

It could feature more than 2,000 new condo units.

The major development is actually part of Mississauga’s ambitious Downtown 21 plan, a massive redevelopment plan that would see City Centre become a walkable, mixed use space that’s distinctly urban and “big city” in scope and design.

The city confirmed that it is examining Camrost’s Exchange District application.

“The city has held meetings with the proponent on the vision for this area and application submission requirements,” says Catherine Monast, senior advisor, media and public information, City of Mississauga.

“It is our understanding that the applications will be submitted shortly.”

While the development has not yet been approved–so it’s not yet possible to say when it will be completed–it’s clear that it’s an ambitious project for a rapidly developing area.

Are you interested in a unit in the Exchange District?