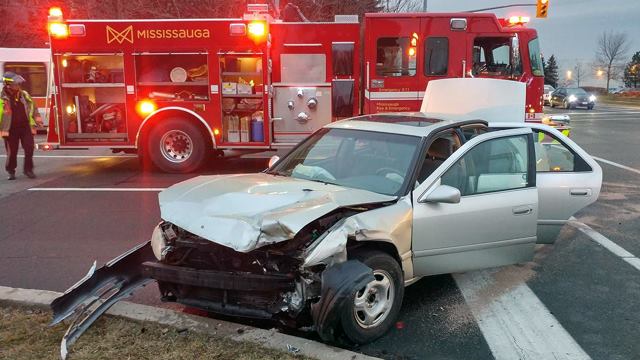 A major collision is blocking parts of an intersection in Mississauga.

A witness recently told insauga.com that a collision involving at least two cars is blocking lanes in the Ridgeway and Collegeway area.

At least three people were treated on scene for minor injuries.

Emergency crews are still on scene, so you may want to avoid the area for now.