Luxury Townhouses in Mississauga are Being Cancelled 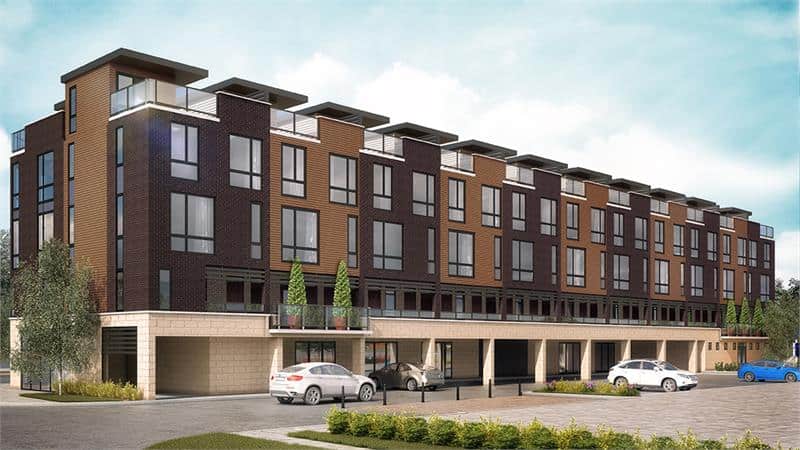 Every time there is an announcement about an incoming new townhouse development, people in the area may complain but very rarely would a development get turned down outright. Although there might be minor changes and revisions in order to quell people’s discontent, something eventually gets built on the land in question, and life goes on.

But as with every business venture, the developers don’t always succeed. Various factors thwart their goal of actually putting up those homes that people paid money for, such as supply costs or sustaining the proper financing. As residents who were hoping to move into these luxurious townhomes in the Lakeview area of south end Mississauga discovered this past week, the failure to build can have drastic consequences on their lives. 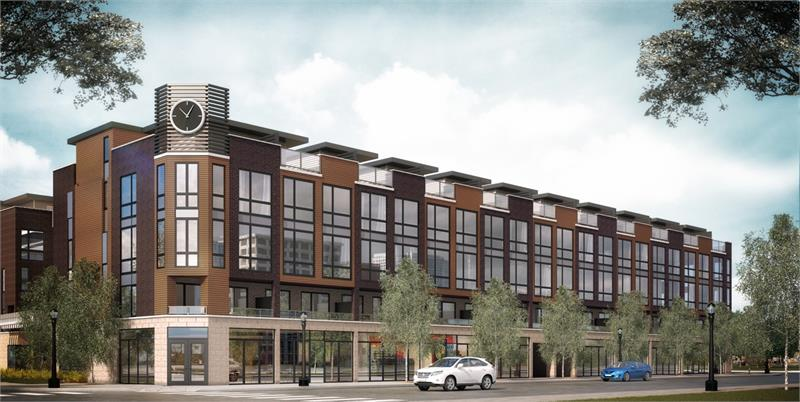 Dunsire Developments, the company behind a set of luxurious townhouses (see above picture) has decided to pull the plug on their development projects in Lakeview on 1041 and 1407 Lakeshore Road East. According to Ward 1 Councillor Jim Tovey, the development company sent out an email this past week citing various reasons as to why they decided to cancel the project.

Insauga reached out to two representatives from Dunsire for a comment asking them to confirm this, but they have not responded as of this writing. While Councillor Tovey was not able to forward us the email he received because of the regulations of the Privacy Act, he did call insauga to provide some comments.

It appears Dunsire lost their financing, and whoever owns the property is going to have to resell the land. That is actually quite interesting to hear, because if you check the home warranty protection website Tarion, there were no claims filed and no financial issues were being listed. You can look up the financial statements for these two projects here and here.

While Tovey said the existing residents in the area didn’t have much to worry about, since they’re already quite comfortably settled in, he said the people who were planning to move in literally have had their dreams of home ownership shattered. Here you had people who put in their down payments with interest for the next three years, and now they have to start the process all over again, although Dunsire did tell Tovey that everyone would be refunded their full deposits.

Even still, when you’re trying to start this process over again, in this particularly competitive real estate market, things are more difficult. There’s no guarantee these people will be able to land the kind of home they previously signed up for under Dunsire. If you want to get an idea of what these people are feeling, here is one disgruntled buyer of one of the Dunsire units, Stefan Herceg, expressing his frustrations via this Facebook post:

“My family and I have purchased a unit in Anchors East. We sold an income property to afford the downpayment. We (family of 5) are currently living in a one bedroom condo awaiting the construction of our new home. We have lost out on the 2 years of income plus the market value gains on 2 properties! We have received the email that Dunsire will no longer be continuing the construction of both Anchors East and West due to some very un-solid arguments, and asking us to sign release forms to get our down payment back? Tarion advised us that a release is not necessary nor legally required to do so in order to receive our down payment. I’d like to know what other owners are doing at this point.”

Tovey also opined that it was a bit of a gamble in this real estate market because provincial legislation allows developers to sell units before they get approved. Mississauga doesn’t issue developers the building permits until they get the municipal permits approved, and while that is somewhat a long process, one has to legally get that done right.

What happens if they don’t get those permits and time runs out? You get Dunsire, and now the people who paid into dreams of a new home will have to start this convoluted process all over again. It’s unfortunate, but this is just an example of the risks of entering into the rat race that is the current real estate market, and these are the challenges that a burgeoning municipality that is becoming a big urban city will face.