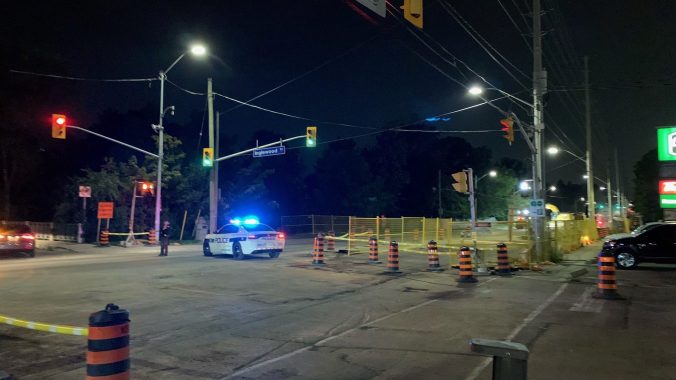 Several blocks of Hurontario St. in south Mississauga will be closed to traffic the next few nights as construction crews work on the massive Hurontario light rail transit (LRT) project.

Hurontario St., between Mineola Rd. and Inglewood Dr. in Port Credit, will be closed to vehicles from 10 p.m.-6 a.m. through Friday night as crews install the sewer line for the LRT, which when completed in fall 2024 will run 18 kilometres from Mississauga’s lakeshore to Steeles Ave. in Brampton.

Pedestrians can still use the sidewalks in the area during the road closures, which started Monday night, while cars will be detoured via Mineola Rd. One lane is being kept open for emergency vehicles and transit buses.

Officials with Metrolinx, the Crown agency that manages public transportation across the Golden Horseshoe, say the project requires strong cooperation between all partners, including the builder Mobilinx, the City of Mississauga, Region of Peel, Metrolinx and the public.

When open to passengers in 2024, the Hurontario LRT, the first light rail project in the 905 region, will have 19 stops on a dedicated right-of-way linking to GO stations in Port Credit and Cooksville, the Mississauga Transitway, Square One GO Bus Terminal, Brampton Gateway Terminal, and key MiWay and Brampton Transit routes.

Construction began in 2020, and the initiative is part of Metrolinx’s long-term vision for an integrated, sustainable transit network connecting the Greater Toronto and Hamilton areas.