A long-standing seafood restaurant that's been serving customers in the Meadowvale area for years has seemingly closed down.

Lucy’s Seacove and Oyster Bar had been around for over 20 years and was located in a pretty sweet spot, right on Millcreek and conveniently situated across the street from the Meadowvale GO station.

According to signage posted on the door, the City of Mississauga issued an order to the operators of the unit in February 2019 asking the facility to comply with building code criteria. It is not clear if the building permit issue is related to the closure, as the notfication was directed towards the business that owns the space and not restaurant management.

The notice indicates that the city found contraventions of the building code during a Jan. 30 inspection. According to the document, interior operations were launched without the proper permits in place.

You can see the documents below: 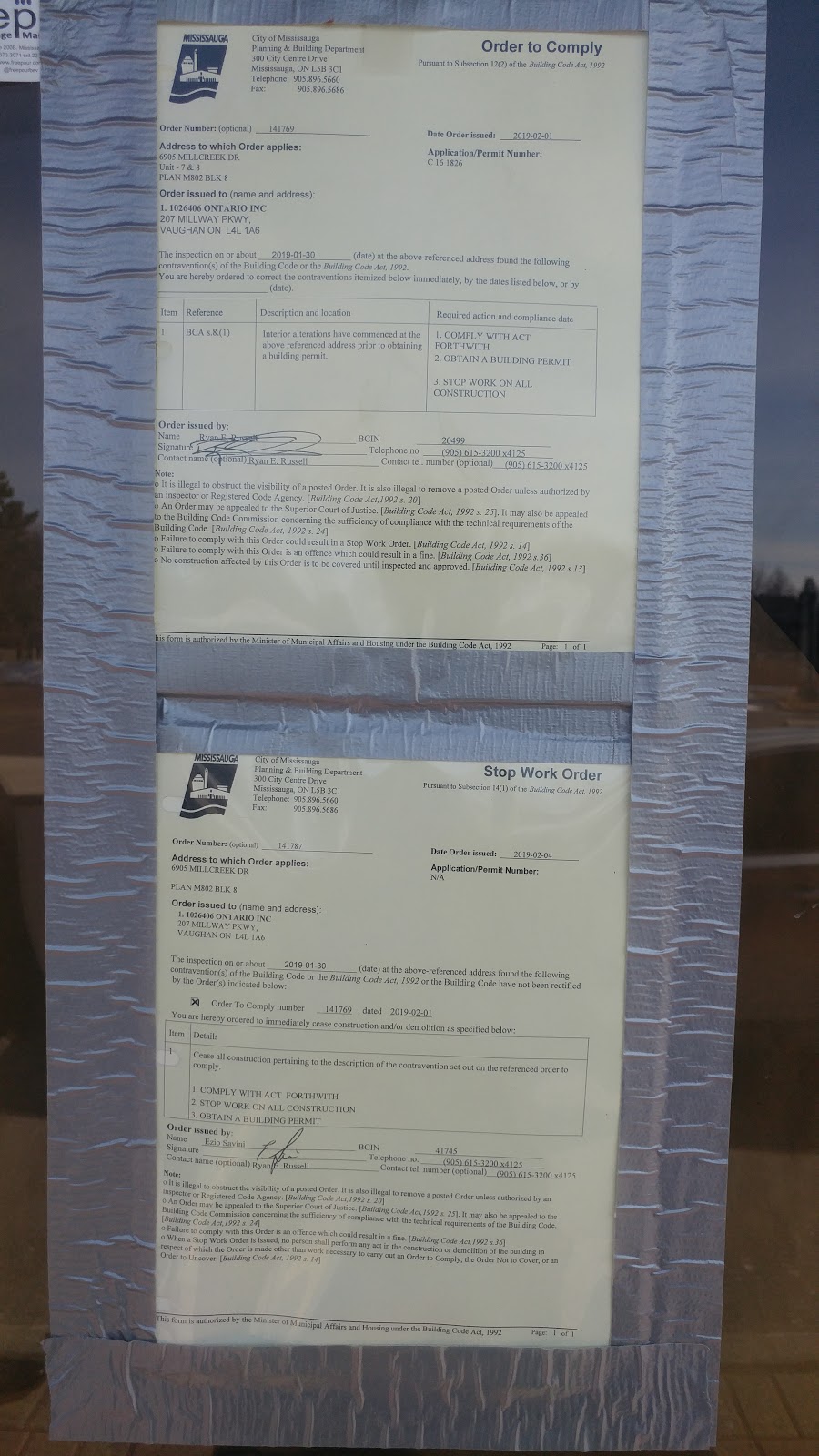 Lucy's is marked as permanently closed on Google.

inSauga.com has reached out to the restaurant to find out if the closure is permanent or temporary.

These Square One stores are offering curbside pickup in Mississauga
While stores with street entrances have been given the go-ahead to begin reopening more fulsomely (meaning they can allow a limited amount of shoppers in-store) as soon as Tuesday, May 19, some ret
END_OF_DOCUMENT_TOKEN_TO_BE_REPLACED