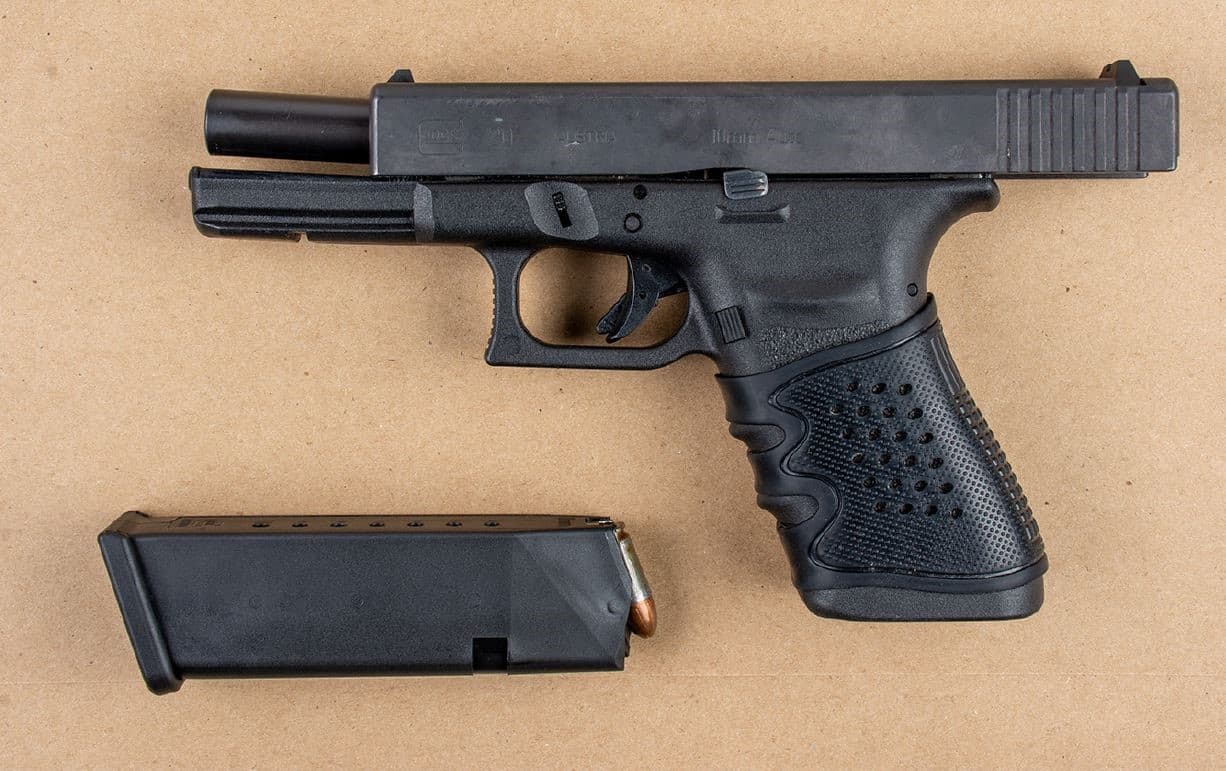 Peel Regional Police (PRP) say they seized this loaded Glock 20 handgun from a Toronto man in Mississauga on Oct. 31, 2021.

Police have charged a Toronto man with firearm and drug offences after an incidnet in Mississauga on Halloween night.

Peel Regional Police say officers were investigating a vehicle near an establishment near Eglinton Ave. East and Dixie Rd. in Mississauga around 11:30 p.m. on Sunday night.

Officers seized a loaded Glock 20 handgun and arrested one person during the investigation.

Roshawn Morgan-Rose, 23, from Toronto has been charged with firearm and drug related offences. Police say he was held for a bail hearing and appeared before the Ontario Court of Justice in Brampton on Monday.

Police are asking anyone with information about this incident to contact investigators at 905-453-2121 ext. 3515. You can also contact Peel Crime Stoppers anonymously at 1-800-222-TIPS (8477) or by visiting www.peelcrimestoppers.ca.