Officers made four arrests during a recent traffic stop in Mississauga.

At approximately 8:08 p.m. on Monday, September 3, police investigated a vehicle in the area of Monica Drive and Brandon Gate Drive, north of Goreway.

Police allege that the vehicle’s occupants were found to be in possession of a loaded firearm.

The firearm is identified by police as a Glock 22, 40 caliber hand gun with a 31 round magazine. 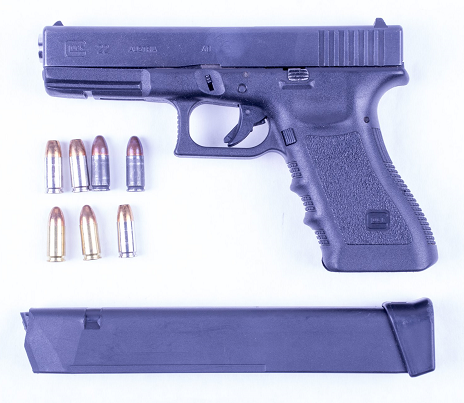 The four are charged with numerous firearm related offences.

Anyone who may have further information regarding this incident is asked to contact investigators at 905-453-2121, ext. 2133.

5 unbuilt projects that could have changed...
Top 5 Chicken on the Rocks in Mississauga
Five fun things to do this weekend that are...
Top 5 chicken sandwiches in Mississauga
5 fun ways to make the most out of your...
END_OF_DOCUMENT_TOKEN_TO_BE_REPLACED

A popular fusion restaurant recently opened up in Mississauga
While COVID-19 has been tough for most businesses, it’s nice to still see some new and unique restaurants popping up in the city.
END_OF_DOCUMENT_TOKEN_TO_BE_REPLACED