Living in a Green Mississauga 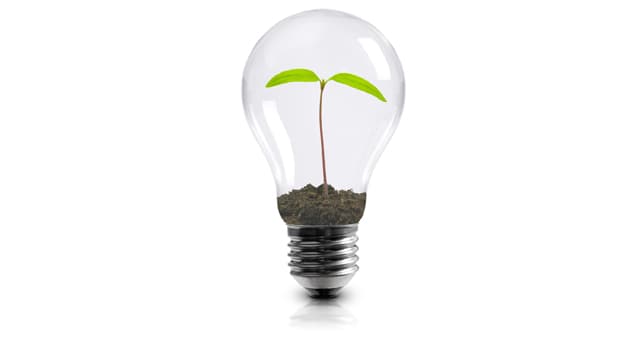 For some, the notion of going green is very much a fad or a hippie lifestyle. But, for the City of Mississauga and the University of Toronto’s Mississauga (UTM) campus, building a sustainable environment is a way of preserving the earth for a brighter future.

Both the city and UTM area are committed to being the change they want to see in their respective communities. It can be said that UTM is part of the city, but in actuality, the university is its own small town. As stated by Aubrey Iwaniw, environmental project coordinator at UTM, the university has its own police force, residence for students, and shops.

According to Iwaniw, UTM has a unique landscape surrounded by three rivers and a neighbourhood. In 2005, the university was asked to expand its undergraduate intake by the provincial government. To accommodate the increased intake, UTM had to expand. The drawback was that  there wasn’t much room for the university to expand structurally.

“Large areas of the campus have been designated ‘Protected, Naturalized Research Space” and are protected against development’,” according to the UTM website.

The university had to grow within their boundaries, “so we couldn’t grow outward, we chose to grow up rather than out,” said Iwaniw. UTM had the campaign Pay or Pave, promoting their sustainable method of achieving more room but in keeping with its environmental mandates.

There was some backlash from students, stated Iwaniw, when news came that the parking structures were changing. Students were worried that they would have to pay more for parking. The students rallied against the change, and in response, the school provided the U-Pass – a discounted bus pass for all students attending UTM. This was both an affordable and environmentally-friendly solution.

Since UTM has been so committed to change they are “informally known as the greenest of the UT campuses,” said Iwaniw.

As UTM continues to grow further with their sustainability, the City of Mississauga is likewise growing.

The city promotes  “green living” to its residents through many different events and programs such as Earth Hour, litter bug programs that involve school children and picking up trash, the idle campaign and the use of public transportation.

“The current big issue now is climate change, and that has raised the awareness [of going green]. But people are still trying to figure out what they need to do,” said Brenda Osborne, manger of environment at the City of Mississauga, when asked how aware residents are of their natural environment.

To help the residents and businesses in the city become more aware of the role they play and what can be done to live more sustainably, the city formed the Living Green Master Plan. This particular master plan is the first of its kind, pertaining to the environment for Mississauga. The city hopes to work together with its residents to achieve their goal for a greener future. Oakville and Brampton also had their own form of what can be classified as a master plan for the environment.

“It [Living Green Master Plan] is primarily a document to prioritize City policies and programs into actions to meet the environmental objectives of the Strategic Plan. It identifies 49 actions for the City and its partners to implement over the next 10 years,” according to the Living Green Master Plan final draft, October 2011.

An example of one of the 49 actions includes action 21: “Review and update Corporate Policy and Procedure on Corporate Environmental Principles (Policy Number 09-00-01),”according to the Living Green Master Plan final draft, October 2011. At this time, there are corporate policies surrounding the environment, but these are outdated. Therefore, action 21 calls for an update. For instance, having meetings with the help of technology (telemeetings) and no bottled water in the Civic Centre.

When asked what residents can do, Osborne states that individuals need to take action regarding environmental property areas. The city will begin a campaign for this action in the spring, to help the public identify what they need to do. Some example include using public transportation, walking and reducing run off from storm water.

“We can’t do this alone we need everyone in the community to be involved,” said Osborne.

To become greener, the City of Mississauga, its residents and businesses must work together, in addition to those in the UTM campus. The notion that one person can make a difference is not entirely true when it comes to improving the environment. There needs to be a big change in order to achieve positive results. It is important that we take care of the environment today, so that the future does not look so grim. We must put a stop to global warming or at least change our lives to make a softer impact on the earth. And this can be accomplished by  recycling, reusing and reducing waste as much as we can.