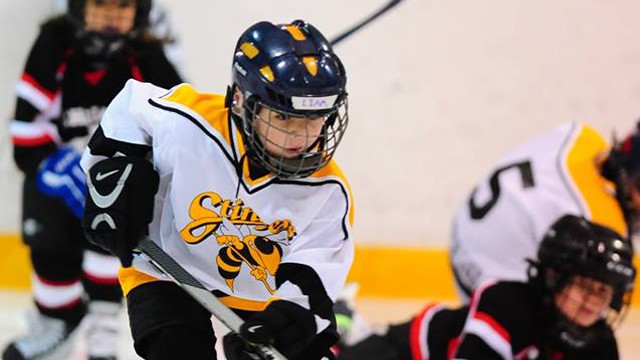 It looks like Mississauga is getting a very special hockey tournament.

Recently, the Little Native Hockey League (LNHL) announced that Mississauga will host the Little NHL tournament for the next five years beginning in 2017.

“It is with great anticipation and excitement that the Little Native Hockey League selects the City of Mississauga to be the host city for the next five years. This history making agreement will start with the host community of Moose Cree in 2017 and the Little NHL Executive planning its 50th anniversary celebration in 2021,” said Debbie Debassige, President Little Native Hockey League.

The next tournament is scheduled for March 12-16, 2017. It will be hosted by the Moose Cree First Nation.

For those who are unaware, the Little Native Hockey League tournament is an annual event. The tournament commences with opening ceremonies and includes four days of competition, ending with the championship game.

The tournament has been going on for quite some time and was first held in 1971 in Espanola, Ontario. When it began, just 17 teams participated. In 2016, more than 90 teams participated, representing First Nations from across all across the province.
“The Little NHL is more than a hockey tournament, it is a gathering of players, parents, families, friends and communities coming together to celebrate one of our traditional games – hockey,” says Little NHL president Debbie Debassige. “We get together in arenas and watch each other’s children and grandchildren play. Stories are always being told about great games that have happened in the past and many players from the first tournament still make an effort to come watch these games year after year.

“As we move forward, the Little NHL Executive is committed to working together with the City of Mississauga and host First Nations communities to continue to make this tournament a success. We are proud of our First Nations Members and Chiefs across Ontario who continue to support this annual tournament. As a Committee, we will strive to carry on the tradition and goal of the Little NHL Founding Fathers.”

Many First Nation communities have hosted the tournament over its 44 year history, including Curve Lake, Garden Riber, Nipissing and more.