Lincoln’s first hybrid Council meeting considered to be a success 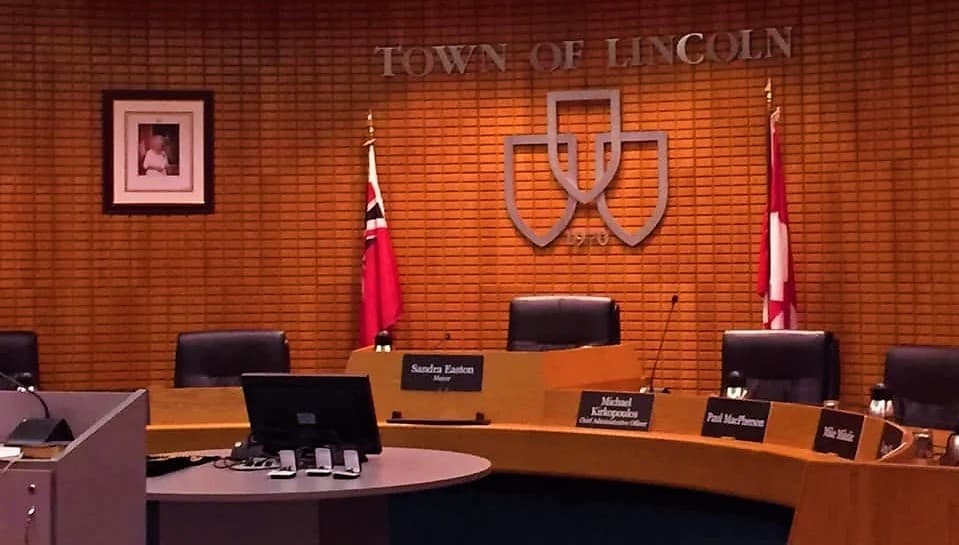 Last week’s Lincoln Council meeting was truly a mixture of something old, something new.

While all the council members, Mayor Sandra Easton and a smattering of town staffers were there in-person for the first time since March 2020, a healthy handful of staffers tuned in virtually as did the public.

“I’m pleased to share that our first hybrid meeting last night (May 2) went smoothly and was a positive experience,” said Easton.

“It has been two years since we’ve had the opportunity to meet in Council Chambers. The technological improvements allow us to be agile and current in the ever-changing needs of our community.”

The improvements of which Easton spoke was an upgrade that was first going to be in the $10,000 to $12,000 neighbourhood. However, when it became readily apparent that the pandemic was not short-term, the eventual virtual upgrades were in the $40,000 to $50,000 zone.

All of the upgrades were installed while meetings were exclusively virtual.

Kirkopoulos added, “The Council chambers upgrades allow for hybrid meetings, providing a more inclusive and flexible opportunity for involvement and participation.” He noted that while in-person delegations would be fine, they also have the opportunity to virtually attend to make their case.

It is anticipated that all committee meetings, including Committee of the Whole, will be hybrid from now on.

That suits Town Clerk and Director of Legislative Services Julie Kirkelos just fine as she considers the new format as more expansive and inclusive.

“Moving towards hybrid meetings allows the Town to be accessible to a larger audience of residents and stakeholders,” Kirkelos said. “Technological upgrades include digital voting for Council, this allows for Council transparency, and ease to follow the meeting in person, or at home.”