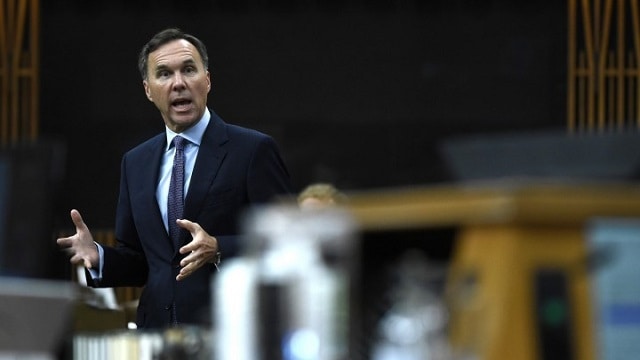 OTTAWA — The federal Liberals are to lay out today how they see the COVID-19 pandemic affecting government finances for the fiscal year including an estimated deficit and a projected path for the economy.

Finance Minister Bill Morneau is to release what the government has styled a fiscal and economic snapshot.

The Liberals have regularly updated MPs about total spending on emergency aid, which by last count amounted to over $174 billion, but have yet to put a figure on the deficit for the fiscal year.

The parliamentary budget office has suggested the deficit could be as deep as $252 billion.

Other private sector estimates suggest $300 billion wouldn’t be out of the realm of possibility.

Opposition parties have said they expect Morneau to provide a road map for reshaping emergency aid measures that are set to expire in the fall and keeping spending and deficits under control.

Fuelling the deficit is also an unprecedented drop in economic output and employment that will cut revenues the government expected to receive this year.

Morneau’s document is also to provide the government’s view for the economy over the coming months.

The finance minister has said the document won’t have a five-year forecast traditionally part of federal budgets owing to the uncertain path the pandemic will take.

The Bank of Canada has said it believes the economy has avoided a worst-case scenario due to COVID-19 but is still in for a rough ride this year.

Last month, the central bank updated its GDP forecast, foreseeing a decline between 10 and 20 per cent in the second quarter compared with the fourth quarter of 2019. That is an improvement from the 15-to-30-per-cent drop in the quarter highlighted in the bank’s worst-case scenario in April.

Next week, the Bank of Canada is to again update its forecasts when it releases a monetary policy report along with a scheduled rate announcement.