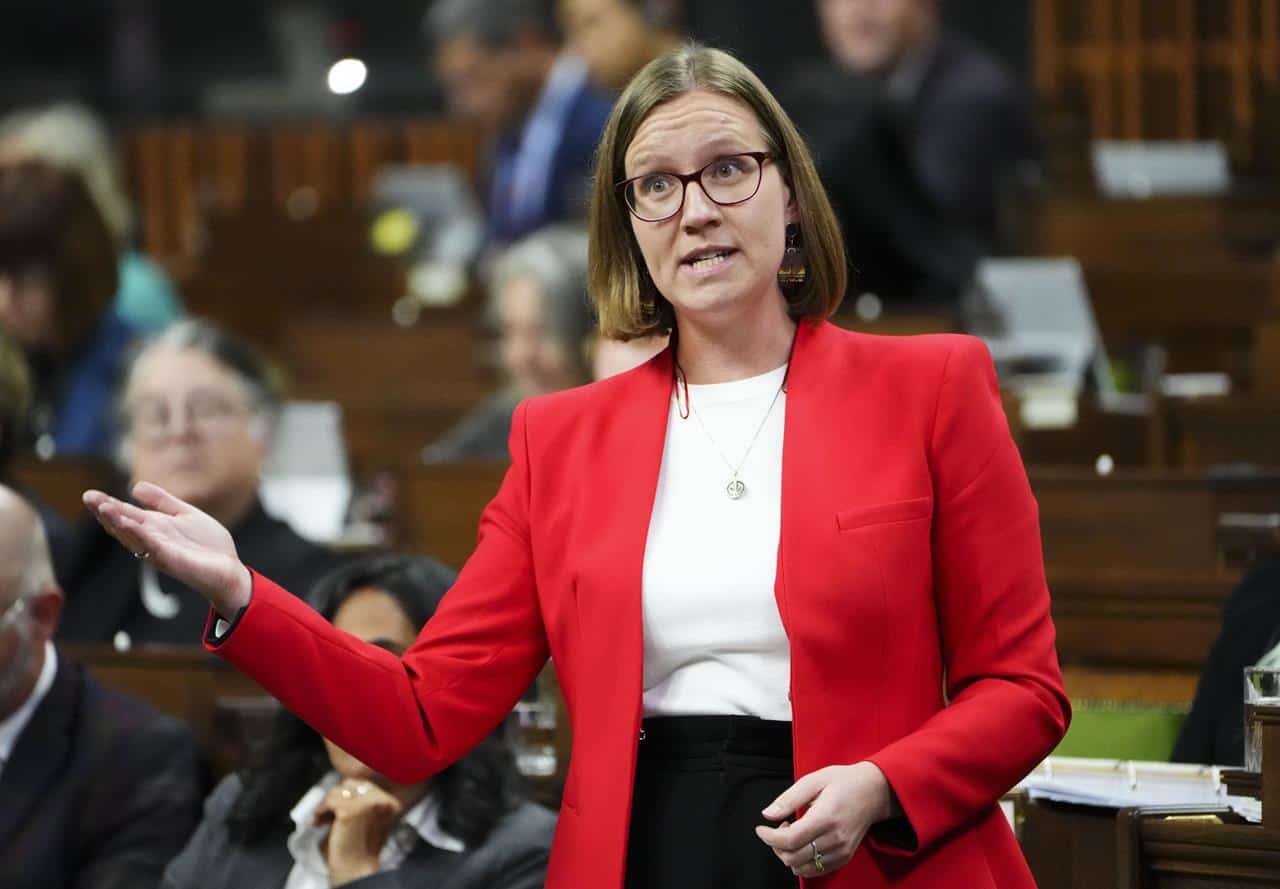 Families Minister Karina Gould is expected to introduce legislation today to strengthen child care in Canada, which is likely to include an effort to secure a long-term role for Ottawa in the new national daycare system.

The Liberal government brought in a national child-care plan that would cut daycare fees by an average of 50 per cent by the end of this year — and down to an average of $10 per day by 2026.

The 2021 federal budget pledged $30 billion in new spending on the national child-care system over five years, with another $9.2 billion annually coming after that.

Earlier this year, Gould said the bill would enshrine the principles that provinces and territories agreed to in funding agreements with Ottawa, including the pledge to cut parent fees and create more spaces.

The Liberals promised to introduce the legislation by the end of this year in the confidence-and-supply agreement that would see the New Democrats support the minority government through to 2025.

That agreement specifies the legislation would ensure “that child-care agreements have long-term protected funding that prioritizes non-profit and public spaces.”

The Liberal government of former prime minister Paul Martin signed child-care deals with the provinces with the goal of creating a national daycare system in 2005, but Conservative prime minister Stephen Harper cancelled the agreements after he came to power the next year.

Enshrining the role of the federal government in the national child-care system could be one way to make it harder to dismantle should another party win the next election.

A consultation document obtained by The Canadian Press earlier this year suggested the legislation could commit to “ongoing collaboration” between the federal, provincial and territorial governments over the system, including a pledge for “sustained federal funding.”

It also suggested legislation could require annual public reports and a national advisory council as part of “various mechanisms” to ensure federal accountability.

At the same time, the paper suggested the legislation would not “impose requirements” on provinces, territories or Indigenous Peoples, or set conditions for funding outlined in one-on-one deals.

Those funding agreements did include provisions that would allow the federal government to use the stick of withholding funding if certain benchmarks go unmet, but Gould has previously suggested the Liberals would try to avoid taking that approach.

“Each province and territory has publicly committed to meeting these benchmarks,” Gould said in a March interview with The Canadian Press.