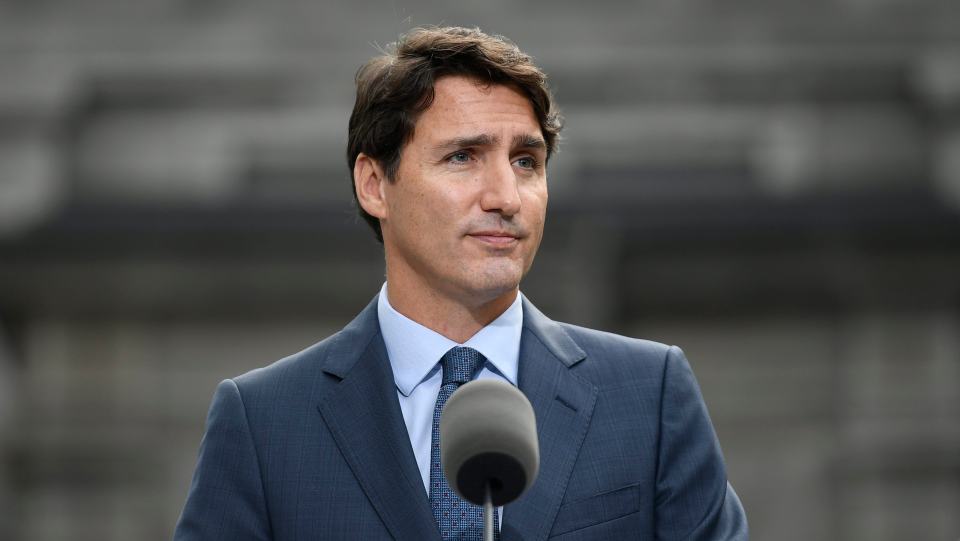 During an election campaign stop Tuesday in Hamilton, Ont., Trudeau said the money would help develop rent-to-own projects with an array of partners, creating a pathway to home ownership for renters in five years or less.

The Liberals say their plan would help young Canadians afford a down payment faster by introducing a tax-free First Home Savings Account.

It would allow Canadians under 40 to save up to $40,000 toward their first home, and withdraw it tax-free to put toward their purchase, with no requirement to repay it.

The plan also includes a Housing Accelerator Fund, which would make $4 billion available to help large cities speed up their housing plans, with a target of 100,000 new middle-class homes by 2024-25.

Trudeau strained to be heard at times during the announcement as a chorus of hecklers shouted and booed.

He rejected a suggestion the planned measures were a tacit admission the Liberals’ four-year-old national housing strategy had failed.

“On the contrary, over the past number of years, hundreds of thousands of families have gotten new homes, have a safer place to live,” Trudeau said.

He accused the previous Conservative government of failing to help Canadians on housing.

“That’s why we stepped up and saw tremendous improvements in supporting people to get housing over the past number of years. But absolutely, there is more to do, much more to do,” he said.

“We’re putting forward an extremely ambitious plan that is going to continue to get people not just into homes, but help them buy those homes.”

NDP Leader Jagmeet Singh said Trudeau has sided with wealthy speculators for six years as they’ve pushed the price of a home out of reach for others.

“If he really wanted to make housing more affordable for people, he’d have done it already.”