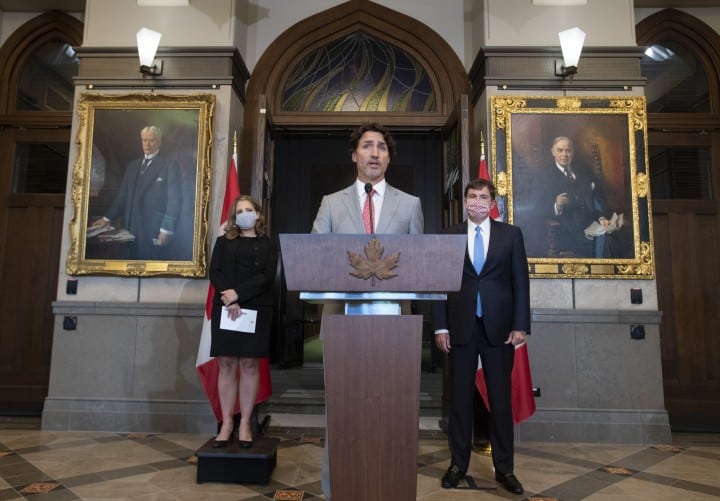 OTTAWA — The Liberals plan to use existing tools to quickly create a new support measure next month for struggling workers who won’t qualify for employment insurance.

Some four million workers will move onto EI next month when a key COVID-19 benefit for workers, the Canada Emergency Response Benefit, begins to wind down.

Sources who have been briefed on the government’s plan say that transfer will be done through regulations, rather than legislation that could not be introduced until late September, following the prorogation of Parliament.

Millions more who have seen their incomes crash as a result of the pandemic-related shutdown won’t qualify for the decades-old social safety net program, but the Liberals had promised a new EI-like support for those who will still need the help.

The measures are to be temporary and flow through existing programs and tools, the sources say, meaning the Liberals won’t need parliamentary approval.

The sources, who spoke to The Canadian Press on the condition of anonymity because they weren’t authorized to discuss the plans publicly, say details will come soon.