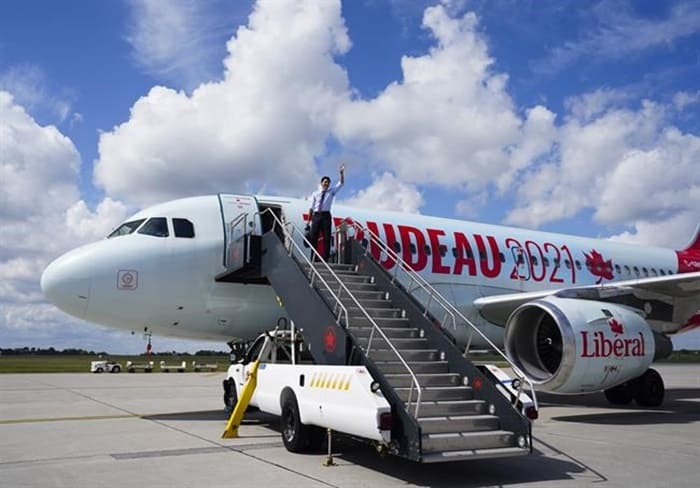 OTTAWA — As the federal election campaign entered its second full week, the Liberals painted themselves as the trusted guardians of universal health care and the New Democrats promised to be true environmental stewards by ending fossil fuel subsidies.

In Halifax, Trudeau said the Liberals would spend $3 billion over four years starting in 2022 to hire 7,500 family doctors, as well as tax and student loan incentives for health professionals who open offices in rural or remote communities.

“This is our moment to rebuild a health-care system that works for all Canadians and that our kids can be proud to inherit,” Trudeau said.

Working closely with the provinces during the COVID-19 pandemic, the Liberals have heard their calls for the federal government to provide more funding to ensure people get better care, he said.

“So that’s exactly what we’re going to do. Wait lists have grown and grown, and not just because of COVID-19. We’re going to eliminate the backlog that has been building for years and reduce wait times for you and your family.”

However, Trudeau found himself on the defensive after a tweet from his deputy prime minister attempting to portray O’Toole as a supporter of private health care was labelled “manipulated media.”

Twitter flagged the tweet from Chrystia Freeland, who is seeking re-election in Toronto, after she posted spliced-together clips of O’Toole answering a question about private, for-profit options in universal health coverage.

O’Toole said in the video from the Conservative leadership race that he wanted to find public-private synergies.

In Ottawa, O’Toole reiterated his support for a universal public health-care system without saying what he thinks could be improved through privatization.

The Conservative leader pointed to his election promise to inject an additional $60 billion into provincial health transfers. But when asked to specify what services or areas he believes could benefit from privatization he didn’t directly answer.

Singh accused the Liberals of foot-dragging on the move to renewable energy sources. He told supporters in Montreal that immediately ending the flow of federal funds to fossil fuel enterprises is “exactly what we need to do” to fight climate change.

The NDP leader committed to reallocating subsidies to oil and gas companies toward the clean, renewable energy sector, as well as cutting Canada’s greenhouse gas emissions by more than half by the year 2020 with projects such as electrified public transit.

O’Toole said a Tory government would require federally regulated employers such as banks and railways with over 1,000 employees or $100 million in annual revenue to include worker representation on their boards of directors.

In a bid to attract votes from card-carrying union members, the Conservatives said too many decisions at major corporations are being made without the people who helped build the company at the table.

There’s an opportunity to ensure Canadian workers go back to better jobs following the pandemic, the party said.

Singh quickly retorted that O’Toole’s record shows he is no friend of Canadian workers, alleging he had sided with Trudeau on shielding the ultrarich at the expense of others.

— With files from Stephanie Taylor and Jordan Press