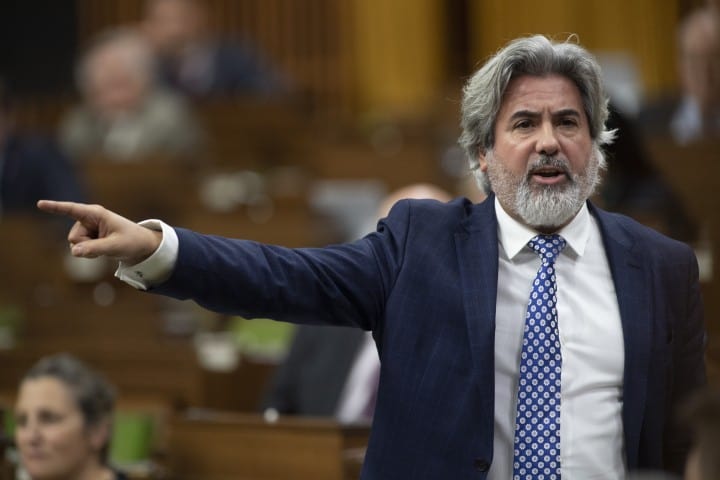 OTTAWA — Federal Liberals are accusing the Conservatives of thumbing their noses at a looming court deadline by filibustering a bill to expand access to medical assistance in dying.

Government House leader Pablo Rodriguez made the accusation Thursday as Bill C-7 inched closer to passing the House of Commons.

MPs voted 213-103 to accept the bill as amended by the Commons justice committee. Only Conservatives, including leader Erin O’Toole, voted against it.

However, 16 Conservatives joined Liberal, Bloc Quebecois, New Democrat, Green and Independent MPs in support of the committee’s report on the bill.

The government had hoped to have a final vote on the bill last Monday, in order to give the Senate time to deal with it before the court-imposed Dec. 18 deadline.

It is now at least a week behind schedule due to Conservatives talking out the clock during debate on the committee report.

Shortly after Thursday’s vote, Rodriguez announced that final debate on the bill will begin Friday. If the Conservatives allow debate to wrap up Friday, that would pave the way for a final vote on Monday, leaving just two weeks for the Senate to consider the bill before the deadline.

However, the Conservatives have shown no sign so far of letting the bill come to a final vote that quickly.

Indeed, O’Toole shrugged off the deadline earlier Thursday, contending that “protecting the most vulnerable is more important than a court’s timeline.”

The bill is meant to bring the law into compliance with a Quebec Superior Court ruling last fall which struck down a provision allowing assisted dying only for Canadians whose natural death was reasonably foreseeable.

It would make it easier for those near death to receive an assisted death but would set up more restrictive conditions for those not near death.

The court ruling was prompted by individuals with disabilities fighting for their right to end their suffering with medical help. But disability rights groups have condemned the bill, contending that it sends a message that the lives of people with disabilities are not worth living.

O’Toole and most of his MPs have echoed the concerns of those groups, arguing that the bill does not provide adequate safeguards to protect vulnerable individuals from being pressured — either directly or indirectly by a lack of disability supports — into ending their lives prematurely.

Rodriguez has not so far threatened to impose closure to cut off debate on the bill. He listed Thursday a number of other bills the government would like to move on next week “if the Conservatives stop filibustering” C-7 — implying that progress on them will be impeded if the filibuster continues.

“We’re in this position because our Conservative friends are continuing to block the adoption of this important bill,” Rodriguez told the Commons.

“I have the impression that they don’t care about the deadline imposed by the Superior Court of Quebec, which is quite regrettable.”

Conservative House leader Gerard Deltell countered that it’s the government’s own fault if the court deadline is missed. He argued that it would have had 25 additional days to debate C-7 had Prime Minister Justin Trudeau not prorogued Parliament in August for six weeks.

Two amendments proposed by the Conservatives were defeated Thursday. One would have restored the required 10-day reflection period, which the bill proposes dropping for people who are near death. The other would have increased the proposed 90-day period for assessing requests for assisted dying from individuals not near death to 120 days.

While the NDP is supporting the bill, two New Democrats wrote Thursday to Justice Minister David Lametti and Disability Inclusion Minister Carla Qualtrough with a proposal they argued would help calm the fears of disability rights groups.

Daniel Blaikie and Randall Garrison proposed a $2,200-per-month benefit for people with disabilities who currently qualify for federal or provincial income support.

“Swift action on this proposal would be a sign to Canadians with disabilities that your government will not put them in the impossible position they rightly fear: having to choose either a life of poverty and suffering or a premature death,” they wrote.