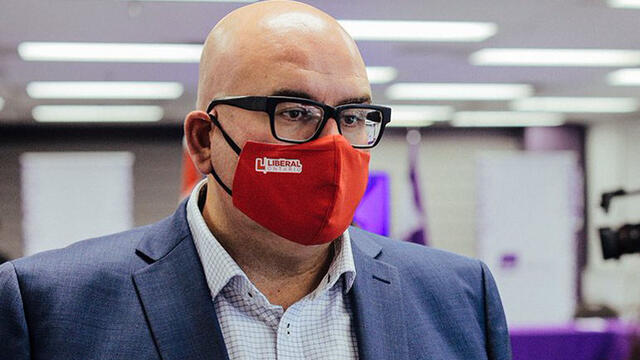 The leader of Ontario’s Liberals said he is willing to share power with the other political parties if it leads to a positive outcome for the public in a post-pandemic world.

Steven Del Duca believes a different political landscape will exist at this time next year when Ontarians head back to the polls, one that will require co-operation among politicians of all stripes.

“I would be prepared to work with anyone, regardless of the party they might belong to,” Del Duca told Khaled Iwamura of insauga.com in an exclusive interview. “That could be an NDPer, that could be Conservatives, that could be Green Party members.”

Del Duca went on to say for that to occur, a non-partisan collective would have to share in a passion for economic dignity for workers, commit to a plan to confront the climate crisis and develop a program that rebuilds and supports publicly-funded education.

He said he would work with anyone who shares these goals because there will be a lot of work to be done if we live in a society that is left to pick up the pieces following the havoc caused by COVID-19.

“And I have to tell you in the aftermath of the pandemic, in particular, Ontarians will care less about party affiliation and more about what kind of progress we are willing to deliver for them,” Del Duca said.

The Ontario Liberals have a long-road to recovery in the year ahead of the next election. After holding power in the province for 15 years, the party had a crushing defeat in 2018 losing 51 seats and managing to be elected in only seven ridings, none of which were in the 905 regions.

Del Duca replaced former Premier Kathleen Wynne in March of 2020 to rebuild the Liberals which had lost official party status due to their poor showing in the last election. Del Duca himself does not hold a seat in the Legislature having been defeated in 2018 in the riding of Vaughan-Woodbridge.

However, Liberal comebacks are not unprecedented. As recently as 2015 Justin Trudeau led the federal Liberals to a majority victory with 184 seats after previously appearing to be on the verge of collapse when it held just 36 seats.

As well, Ontario voters appear to be embracing Liberals once again as a recent Innovative Research Group survey showed they had 30 per cent support compared to Doug Ford’s governing Conservatives with 26 per cent and the New Democrats with 23 per cent.