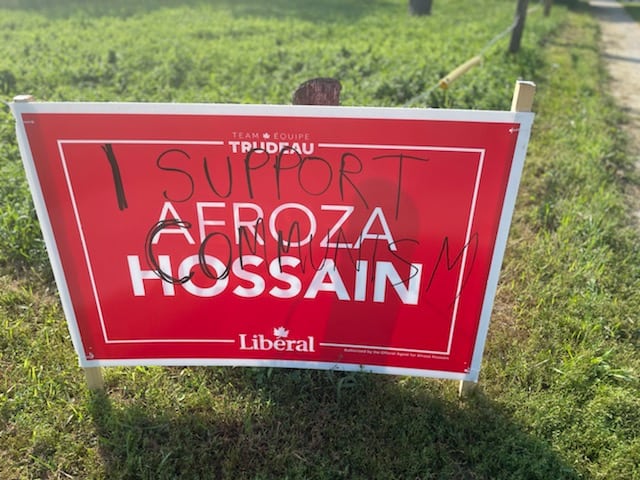 Several campaign signs for Oshawa Riding Liberal candidate Afroza Hossain were defaced over the weekend, with the word ‘Communism’ marked on at least two of them.

Hossain, who launched her campaign from her King Street East riding office last week, said the act of vandalism was “unacceptable” in today’s society.

“I value different opinions and beliefs and see that as one of Canada’s strengths. If you don’t agree with me, that’s OK. But defacing and vandalizing our signs doesn’t help anyone.”