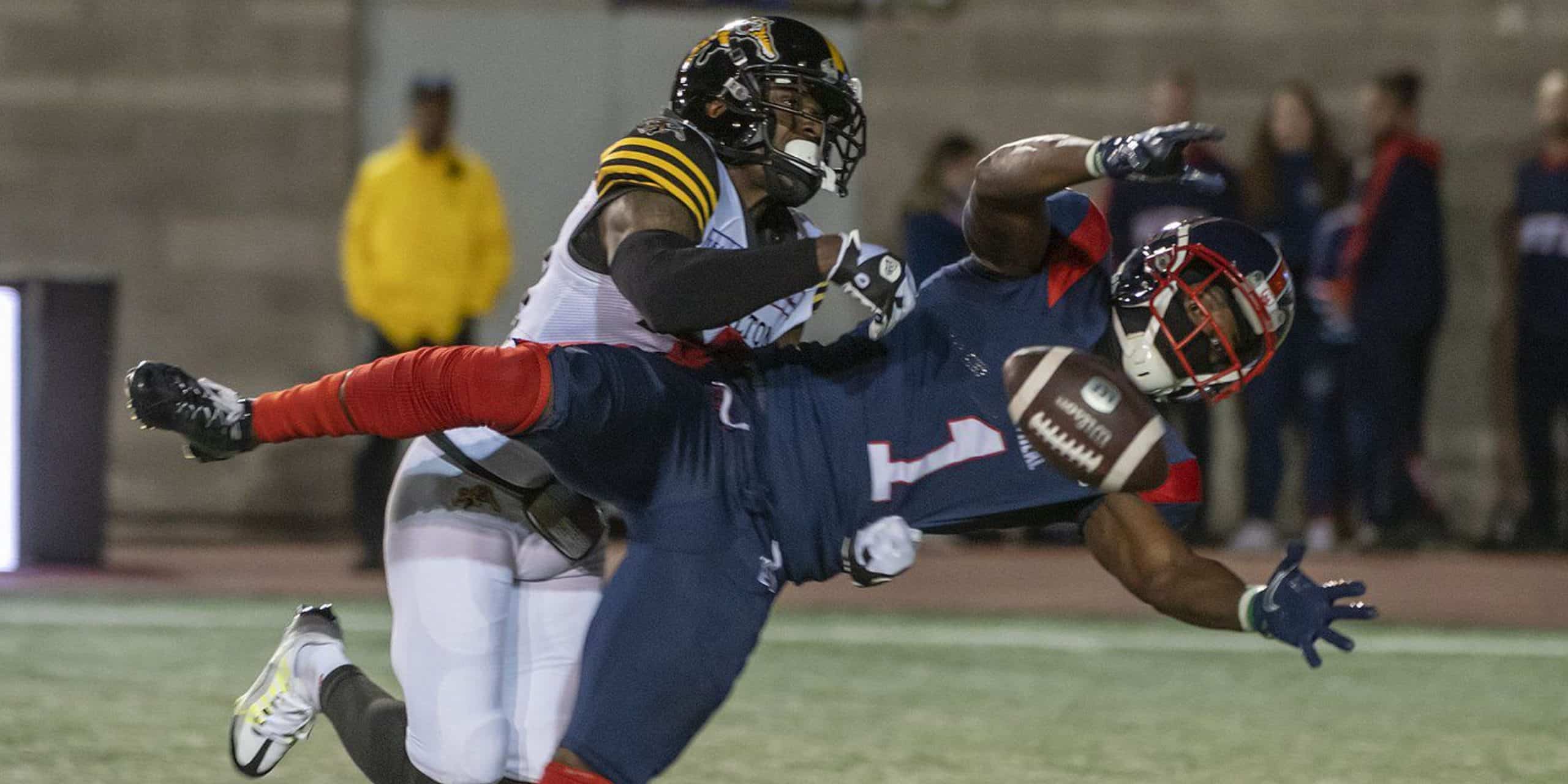 Montreal Alouettes' Hergy Mayala misses the catch as he is covered by Hamilton Tiger-Cats' Richard Leonard during second half CFL football action in Montreal on September 23, 2022. Defensive back Richard Leonard and receiver Tim White of the Hamilton Tiger-Cats as well as Montreal Alouettes defensive back Adarius Pickett were named the CFL's top performers Tuesday. (THE CANADIAN PRESS/Peter McCabe Peter McCabe)

Hamilton Tiger-Cats defensive back Richard Leonard has been named one of the Canadian Football League’s Top Performers of the Month for October.

The 31-year-old Miami native helped guide the Ticats to a perfect 4-0 month, registering 19 tackles, one pass knockdown, and three interceptions — returning one 64-yards for a touchdown in Hamilton’s 35-32 win over the Calgary Stampeders on Oct. 14.

It’s the only time a Ticats player has received the honour this season.

Richard Leonard (@trey4six) should change his name to King Richard VI after he puts up six for the Tiger-Cats#Ticats #HamONT #CFLpic.twitter.com/Hrli6bFSqn

Tiger-Cats named CFL Top Performers of the Week this season:

Tiger-Cats named CFL Top Performers of the Month this season:

The Hamilton Tiger-Cats (8-10) will travel to Montreal on Sunday for their 1 p.m. East Division semi-final against the Alouettes (9-9).