Leaver leads Oshawa Generals to win over Hamilton Bulldogs; traded to Guelph the next day 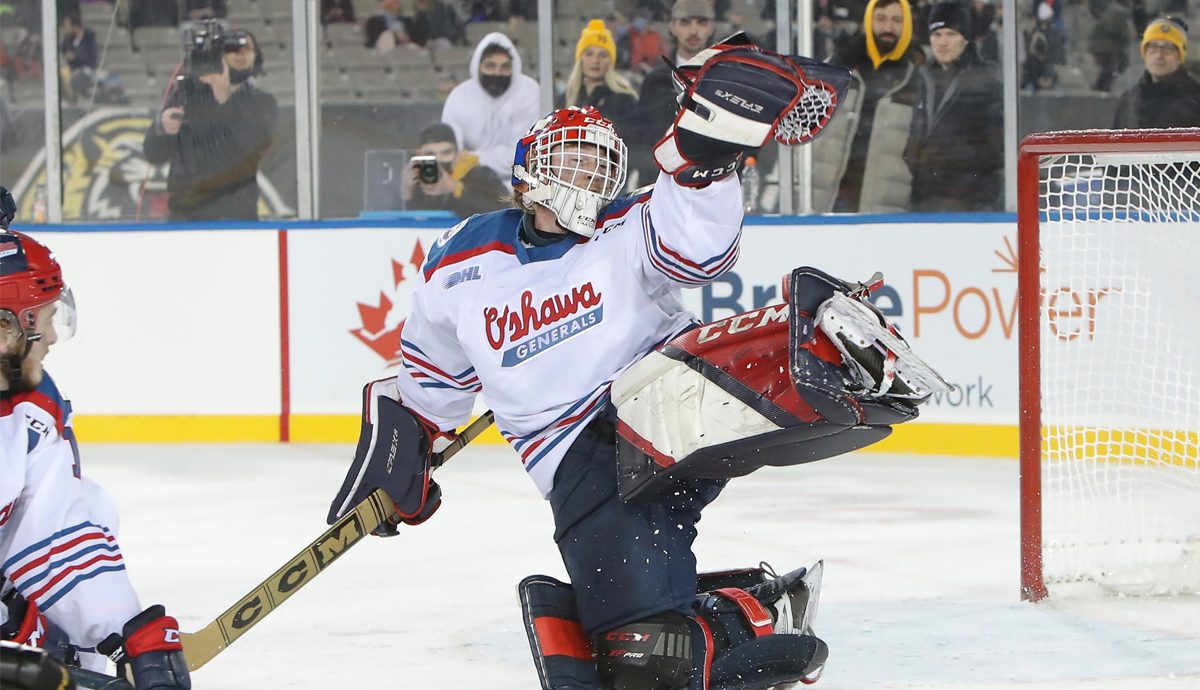 You know the team is struggling to hold leads when even the social media department is talking about. And that’s after a win.

“We didn’t blow the lead!” the Oshawa Generals tweeted after the club jumped out to a 2-0 lead in Hamilton before hanging on to beat the Bulldogs 3-2 Sunday night.

Stuart Rolofs scored his 14th of the year early in the first period and Jordyn Ertel, on a tap-in from a nice dish from Luca Marelli, gave the Generals a 2-0 lead before the period was out. Hamilton responded with a goal 43 seconds into the second but Oshawa regained the two-goal bulge when Luke Torrance went five-hole four minutes later.

The Bulldogs made it 3-2 midway through the final stanza but Patrick Leaver – in what would be his final game in a Generals uniform – held the fort the rest of the way to preserve the win.

Leaver, who would be named the game’s first star, was traded to the Guelph Storm Monday for goaltender Jacob Oster and a 5th-round draft selection.

Leaver, 19 and likely in his last year of junior hockey, leaves the club after two seasons with a 36-35-8 record and two shutouts. Oster (26-22-6) put up respectable numbers last season in Guelph but has been inconsistent this year, posting a 4.63 GAA. The eighteen year-old has at least one more year of eligibility in the junior ranks.

The trade deadline is Tuesday at noon.

Oshawa – 13-19-4 and one point behind Sudbury for the last playoff spot in the east – is in action Friday night in Kitchener in a game that will be televised on TSN.

WE DIDN'T BLOW THE LEAD!