Leafs’ Matthews gets 2-game ban for cross-check in Hamilton 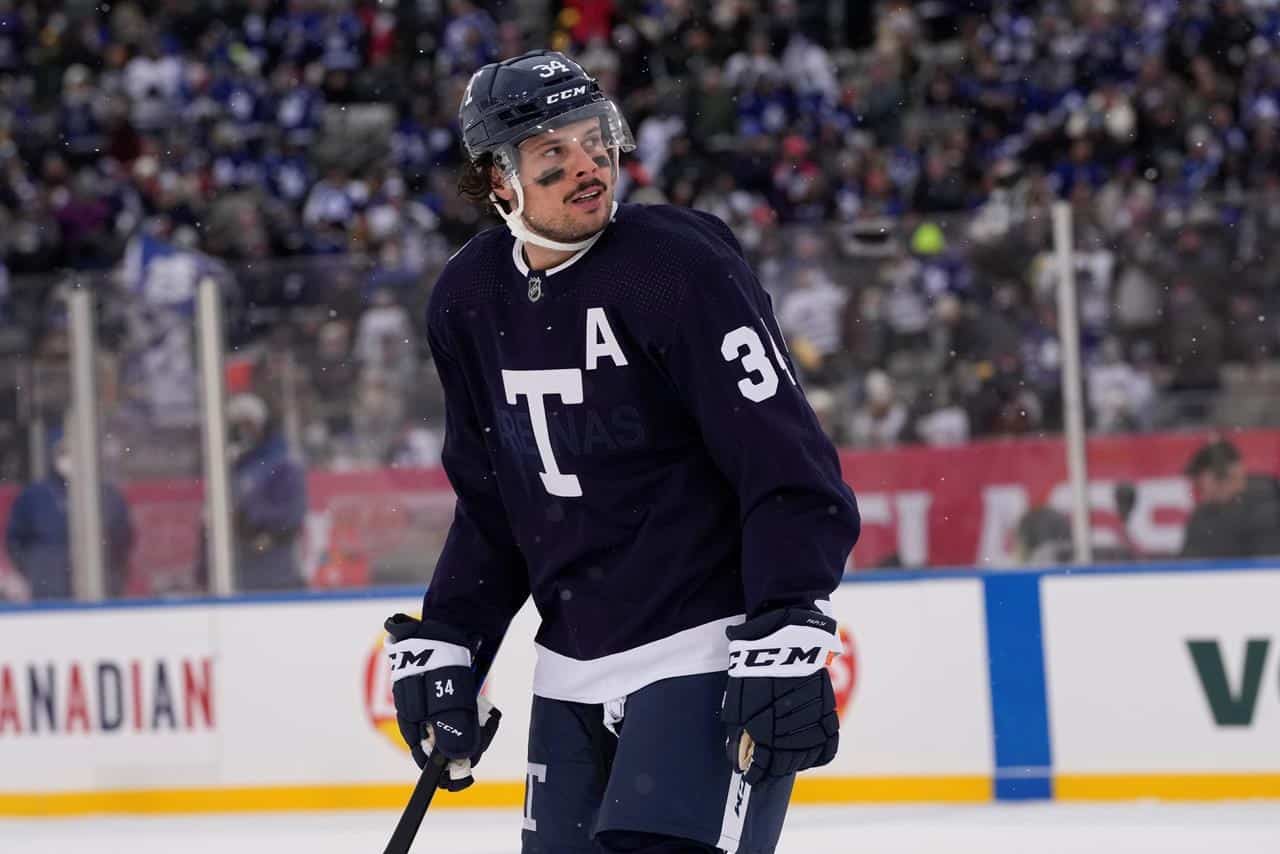 Auston Matthews, who came into Hamilton dressed as a man of steel, will cool his heels for the next two Toronto Maple Leafs games.

The Toronto centre, who leads the NHL with 45 goals, was suspended for two games for cross-checking Buffalo Sabres defenceman Rasmus Dahlin in the third period of Sunday’s Heritage Classic at Tim Hortons Field. Matthews had a hearing with the NHL’s department of player safety Monday.

The altercation took place away from the puck with Toronto losing by two goals with five minutes to play in the game in front of a capacity crowd of 26,119.

Both players exchanged shoves inside Sabres goaltender Craig Anderson’s crease. Matthews then cross-checked Dahlin to the side of the head. The Buffalo player tried to throw a punch in retaliation.

Matthews has no history of supplemental discipline.

The game was the first NHL regular-season game in Hamilton since the early 1990s, when the league had each team play two games in cities that did not host teams. A handful of games were played in Copps Coliseum, now called FirstOntario Centre.

The Maple Leafs entered Tim Hortons Field on Sunday dressed as steelworkers in an homage to the city’s industrial history.

In the meantime, Matthews will miss Toronto’s home games against the Dallas Stars and Carolina Hurricanes at Scotiabank Arena on Tuesday and Thursday.

Toronto is in a challenging playoff race in the NHL’s Atlantic Division. The third-place Maple Leafs (37-17-5) are seven points behind the first-place Florida Panthers and three adrift of the Tampa Bay Lightning, who are the two-time defending Stanley Cup champions. They are also just two points clear of the Boston Bruins, who hold the first wild-card position in the Eastern Conference. All four teams have 23 games to play.

That gives Matthews 21 games to continue his pursuit of his second Rocket Richard Trophy in a row as the NHL’s top goal scorer. He is also 10 goals away from breaking the Toronto single-season record set 40 years ago by Rick Vaive, who now resides in Niagara Falls.

— with files and images from The Canadian Press