Leafs eager to see what NHL bubble life has in store: ‘Expect the unexpected’ 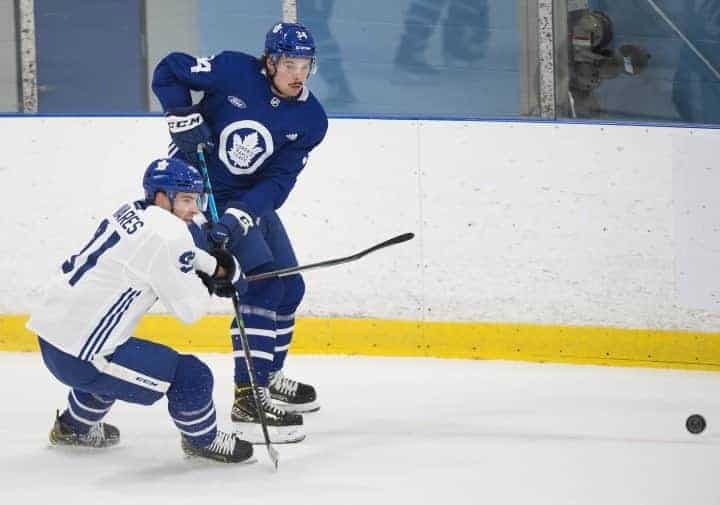 TORONTO — John Tavares had yet to finish packing. Tyson Barrie never bothered to empty his suitcase after arriving back in town to begin preparations for an NHL restart that was far from certain.

Like the league’s other 23 teams set to embark on a sprint that could see the Stanley Cup awarded in early October — more than 365 days after the pandemic-delayed 2019-20 season began — the Toronto Maple Leafs are eager to head into the great unknown of bubble life.

“I’ve got a few things done,” Tavares, the club’s captain, said when asked if his bags were ready following Saturday’s final training camp practice. “It’s not something you’ve ever been through, so it takes a little bit of time to think about it.

“You’re just going to have to wing it a little bit.”

That’s a good way of describing what a lot of the next two months could look like in the hub cities of Toronto and Edmonton.

Normal game-day and practice routines are out the window. Enter an era of strange start times and life behind fences in secure zones as the NHL aims to keep COVID-19 from ruining its plan to finish a campaign suspended in mid-March.

“Expect the unexpected and be comfortable being uncomfortable,” Leafs head coach Sheldon Keefe said of his consistent message to the team. “We have to take things as they come, not complain, keep our head down, continue to work, and be as prepared as possible, as focused as possible, for the challenge ahead.

“Everything else is out of our control.”

Barrie, who arrived in Toronto from his home in Victoria back in June to begin skating with teammates in voluntary workouts, said there’s a growing feeling of anticipation.

“There is a sense of adventure to it,” said the defenceman. “Excitement, a bit of nerves, but we’ve been here a while and we’re ready to get it going.

“Now it starts for real.”

All teams are scheduled to arrive in the hubs on Sunday — the Eastern Conference will be based in Toronto, while the West will set up shop in Edmonton — before playing one exhibition contest next week.

“There’s been a lot of talk about what life’s gonna be like in the bubble and, and what’s gonna be available,” Leafs winger Zach Hyman said. “It’s a long time coming and we didn’t know if it was gonna happen or not.”

Toronto will face off against the Montreal Canadiens at Scotiabank Arena on Tuesday night, its one tune-up before starting a five-game qualifying round matchup Aug. 2 against the Columbus Blue Jackets for a spot in the usual 16-team playoffs.

“You treat it like a real game because that’s the only way you can get prepared,” Hyman added of the meeting with Montreal. “All these exhibition games are going to be pretty intense and pretty up-tempo. I don’t think anybody’s going to be holding back.”

The dry run will also be important for a host of other reasons, including getting acclimatized to playing in empty arenas, different benches and locker rooms, and all the health protocols inside venues that will host as many as three games per day.

“You’ll get some feel for it,” Tavares said of establishing a semblance of a routine. “But at the same time, I think things are going to be changing, evolving as we go. You’re going to just have to continue to adapt.

“If there’s certain games that go into overtime and pushes start times later, that’s nothing you’ve ever dealt with before. There’s a possibility for a lot of different things. You just have to be very open-minded, have to be able to adjust on the fly and deal with the circumstances.”

Keefe said teams will have to be aware of even the smallest details, from how many people are allowed in an elevator at one time, to getting to and from practice without running into another team heading in the opposite direction.

“We’ve tried to remain very flexible,” he said. “We have a general plan of what we want to do with timelines and all that, but all the way through this, particularly this first week, we’re going to be making a lot of adjustments along the way as we learn more about what’s possible.”

Tavares said the Leafs and every other NHLer involved in the restart should be thankful for this opportunity in a world — both inside and outside hockey’s bubbles — that remains incredibly uncertain.

“We know what a lot of people are going through, what the world is going through,” he said. “To be able to do this again, have a chance to complete this season, continue to compete and chase the Stanley Cup, there’s nothing better.

Even if things get a little uncomfortable.

This report by The Canadian Press was first published July 25, 2020.