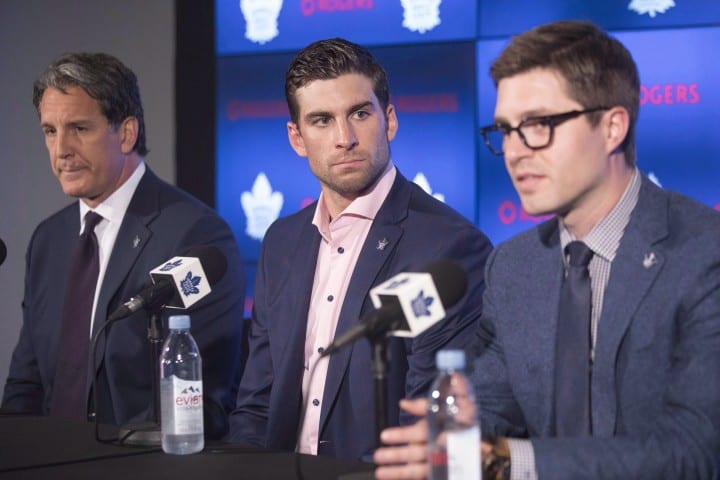 TORONTO — John Tavares expects hockey’s restart — if it gets off the ground — to be a sprint.

The Toronto Maple Leafs captain is eager to see how his team matches up.

The NHL, which saw its season halted because of the COVID-19 pandemic on March 12, announced a return-to-play format this week that would include 24 teams, a qualifying round and placing clubs in two hub cities.

While most players were digesting the news Wednesday, Tavares was on the inside throughout the process as a member of the NHL/NHLPA Return To Play Committee.

There was never going to be a perfect format, but he said if the league gets the go-ahead from government and health officials to resume this summer, fans will be in for a treat.

“As you usually get close to the to the playoffs or the post-season traditionally, there’s always nicks and bruises and (injuries) guys are dealing with,” Tavares said on a conference call. “Not just us, but around the league, every team is going to be a pretty much at full strength.”

The Leafs never dressed their entire roster through the team’s first 70 games, but should have everyone ready, save for winger Andreas Johnsson (knee), if training camps are allowed to proceed in early July.

“When we looked at our team on paper heading into training camp this year we were really excited … from top to bottom the way our group has been built,” Tavares said. “We’ve had some great surprises, some guys elevate over the course of this year that only makes our club better.”

The NHL is hoping to move to Phase 2 of its four-part blueprint for a return to action next month. It includes the opening of team facilities and allowing small groups of players to participate in voluntary skates and off-ice workouts under strict health and safety protocols.

If all goes according to plan, training camp (Phase 3) would be followed by games beginning in late July (Phase 4).

The Leafs, who were in a playoff spot at the time of the pause, would open with a best-of-five qualifying series against the Columbus Blue Jackets for a right to make the 16-team post-season.

“It’s what you play for,” Tavares said. “(It’s) obviously going to be a lot different and something you’re going to have to embrace, a different type of environment and a lot of unknown. There’ll be some very different (things) if we get back to competition.”

“The discussions that I’ve had with (head coach Sheldon Keefe) and our players (is) our focus can’t be right now on opponents or potential opponents,” Dubas said. “It has to be on ourselves and arming the players during the voluntary phase with the resources that they may need to get to get themselves up into the best shape possible.

“That’ll be a major competitive factor as we get rolling — the condition of our athletes. And certainly not only that they’re out there in the best shape that they possibly can be in every regard, but also that we’re ensuring that because it’s going to be raised into a very, very serious and important competition, that we’re also doing everything we can to guard against potential injuries and issues.”

Dubas said a number of Leafs are starting to make their back to Toronto — those who left the country will have to adhere to the federal government’s 14-day quarantine upon arrival — and that defenceman Jake Muzzin (broken hand) and winger Ilya Mikheyev (wrist laceration) should be at 100 per cent if training camp goes ahead.

“We’re just all excited that to this point, and if we can continue as a society and as a public to do all of our parts to get the virus under control, that we may have the chance to play,” Dubas said. “And whatever the format is, we’re just happy to be there and be back.”

Tavares, who saw the process of hammering out a format up close, is glad there’s finally a glimmer of hope the Stanley Cup will be awarded.

“Considering everything we’re going through in society (and) in the world, I think we should feel very fortunate,” he said. “There’s no better motivating factor.”

ROBERTSON GETTING THE CALL

Dubas announced that junior star Nick Robertson will be part of Toronto’s setup in Phase 2 and beyond. Drafted with the 53rd pick in the 2019 NHL draft, the 18-year-old winger scored 55 goals for the Ontario Hockey League’s Peterborough Petes this season, and has been staying in shape at home in Los Angeles.

“Obviously he scored at a prolific level, one of the best scoring season in the history of the OHL, but the way that he scored was more important to us,” Dubas said. “Conditioning level and the commitment to your fitness level, as an individual and as a team is going to have such a major, major impact on how you perform coming back from this. Nick is a person who’s as committed as any that I’ve seen, certainly at that age.”