Leafs captain Tavares says players getting ‘comfortable with being uncomfortable’ 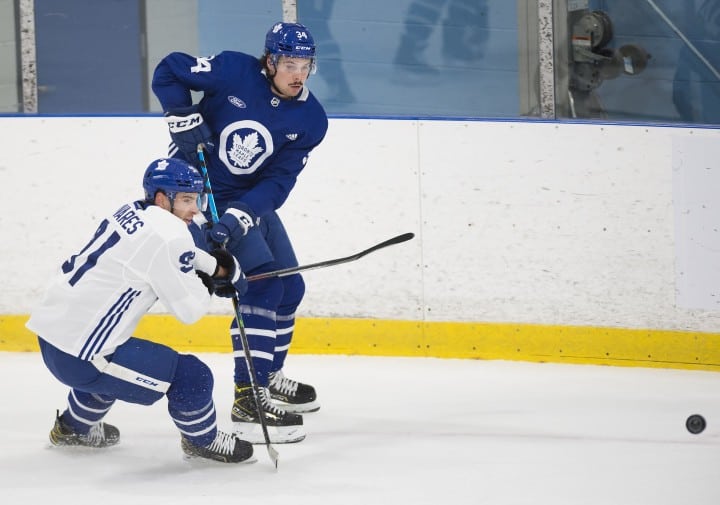 Toronto Maple Leafs captain John Tavares says players are getting “comfortable with being uncomfortable” as Phase 4 of the NHL’s return-to-play plan approaches.

From being isolated in a hotel, to unfamiliar opening faceoff times, to coming out of the visitors’ locker-room at Scotiabank Arena, the new normal will take some getting used to.

For most players, at least. Defenceman Justin Holl said some aspects of Toronto’s upcoming playoff qualifying series with the Columbus Blue Jackets will remind him of his days with the American Hockey League’s Toronto Marlies.

Scotiabank Arena will serve as one of the two hub arenas, along with Edmonton’s Rogers Place, when the NHL starts up again Aug. 1. So while all the games of Toronto’s best-of-five series with Columbus will be on home turf, the Maple Leafs will be visitors in their own building for Game 3 and, if necessary, Game 4.

“That’s going to be weird, but I was telling the guys on the team it’s kind of like the American League days when we’d have the Boxing Day games at (Scotiabank Arena),” Holl said. We’d be getting dressed in the guest locker rooms, or sometimes the Raptors room, so it’s just going to be a little throwback.”

Holl played three seasons with the Marlies and helped the team win the Calder Cup in 2018. His AHL experience also gives him a good handle on best-of-five playoff series — “It’s do-or-die a little quicker than normal,” he said — and early start times. Game 2 of the Leafs vs. Blue Jackets series is scheduled for a Tuesday afternoon.

“I love it,” Holl said. “A noon game is just like a school game we used to play. Wake up and play and it’s awesome.

“Same with a 4 o’clock game. Those will be a bit of an adjustment, but everyone’s on the same kind of level playing field and we’re all going to have to adjust to it.”

Given the need for teams to isolate at their hubs due to the ongoing COVID-19 pandemic, some of the NHL qualifying round and playoffs is going to feel foreign to all players. It’s not clear to them exactly how life will look inside the “bubbles” being set up.

“I truly have no idea what we’re going to be in for,” Holl said.

Players anticipate they will find ways to pass the time. Some have mentioned brining their video game consoles with them. Star forward Auston Matthews has apparently learned some new card tricks. Tavares believes there will be “some really good food options.”

Tavares said whatever life looks like inside the bubble, players are simply lucky to be able to play hockey in the midst of COVID-19.

“Everyone’s starting to have a better feel for what life is like during a pandemic and I think just feeling fortunate to be able to compete. We could play anywhere and just having a chance to play for the Stanley Cup is what it’s all about,” he said.

“So I think for our group, the getting comfortable with being uncomfortable and dealing with the uncertainties — we’re the visiting team in our own building, there’s going to be no fans — just it is what it is. The game’s played between the boards. Go out there and find something you’ve done your whole life and just focus on competing, doing your job and doing it at a high level.”