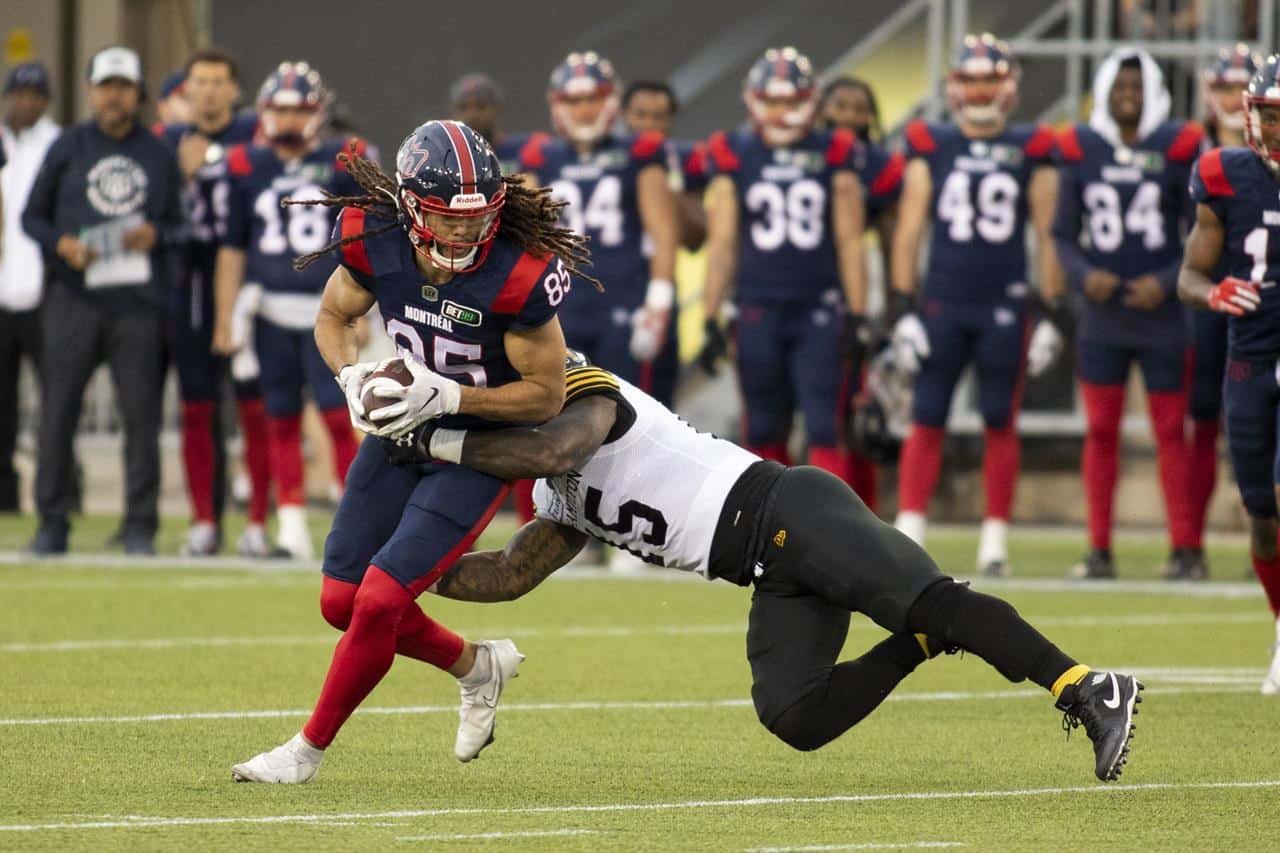 Global Tadhg Leader’s 35-yard field goal on the final play of the game earned the Hamilton Tiger-Cats a 25-23 win over the Montreal Alouettes in the opening CFL exhibition game for both teams.

Leader’s boot came after rookie Davis Alexander staked Montreal to a 23-22 lead. After scoring on a one-yard TD run at 14:45, Alexander hit Krishawn Hogan on the two-point convert.

After Hogan’s catch, Hamilton returned the kickoff to its 41-yard line. With 10 seconds remaining, Montreal’s Robert Hayes was flagged for pass interference on an incompletion, giving the Ticats possession at the Alouettes’ 28-yard line (a 41-yard call) to set up Leader’s improbable heroics.

Jalen Morton’s 10-yard run put Hamilton ahead 16-15 at 7:01 of the third but the sophomore quarterback was stopped short trying to run in the two-point convert. Canadian Michael Domagala’s 49-yard field goal at 11:57 boosted the Ticats’ lead to 19-15 at Tim Hortons Field.

Morton, the third of four Hamilton quarterbacks to play in the contest, finished five-of-eight passing for 52 yards while rushing for a team-high 52 yards on four carries.

Hamilton opened the contest with many of its starters — notably quarterback Dane Evans, left guard Brandon Revenberg, defensive lineman Dylan Wynn and linebackers Simoni Lawrence and Jovan Santos-Knox. But their stay was short-lived as the Ticats began substituting in the second quarter.

Evans was four-of-five passing for 46 yards before giving way to Shiltz in the second quarter.

Veteran Trevor Harris started at quarterback for Montreal as No. 1 Vernon Adams Jr. was among the many Alouettes starters who didn’t dress. Harris was productive, leading the offence on two scoring drives (touchdown, field goal) while completing nine-of-12 passes for 124 yards and a TD against essentially Hamilton’s starting defence before giving way to Dominique Davis.

Davis was 11-of-13 passing for 95 yards before being replaced by Ben Holmes in the third.

Cote’s 37-yard field goal on the final play of the second quarter gave Montreal a 15-10 halftime lead. Davis marched the Alouettes 44 yards on seven plays while completing all five passes he threw for 54 yards.

This report by The Canadian Press was first published May 28, 2022.