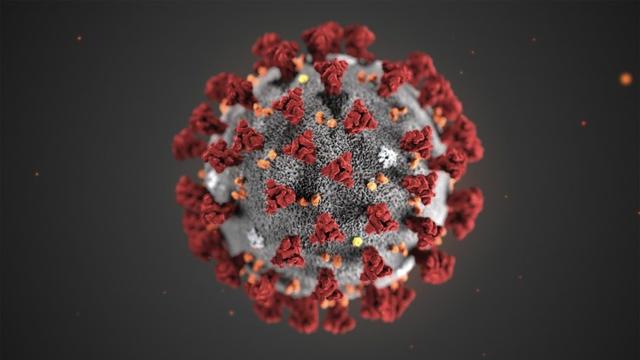 There has been another COVID-19-related death reported on Friday (May 29) bringing Hamilton’s death toll to 36.

There has been another COVID-19-related death reported on Friday (May 29) bringing Hamilton’s death toll to 36.

The latest fatality is a 64-year-old man from the community who passed away Wednesday in Hospital, Hamilton’s Chief Medical Officer of Health, Dr. Elizabeth Richardson, confirmed at Friday’s virtual media update.

At least seven COVID-19 fatalities in Hamilton have been among residents of The Rosslyn Retirement Home in the East End where an outbreak of the virus earlier this month forced the evacuation of the long-term care facility and saw more than 80 people test positive for COVID-19.

Richardson said that the Rosslyn’s operator is currently working with the Retirement Homes Regulatory Authority to work towards reopening, but it will be a long process.

At Friday’s media update, the director of the City’s Emergency Operations Centre (EOC), Paul Johnson, spoke about Hamilton’s plans for reopening but reminded residents that it will be a “common sense approach” to reopening the city.

To this end, Johnson announced that the parking lot at Tews Falls in Greensville will be closed as of this weekend for the time being.

He said the area continues to draw too many people and makes physical distancing difficult. Johnson also said that Albion Falls, which according to him has always been a challenge in terms of crowding, is an area of concern as more people are being ticketed.

“A lot of them are out-of-towners,” he said, explaining that they might not know that the city has closed waterfalls to the public.

For those who need their water feature fix, however, Mayor Fred Eisenberger announced that some of Hamilton’s decorative fountains will be opening next week.

The Gore Park fountain is set to open on Monday and others will follow shortly thereafter, he said. Drinking fountains will NOT be in operation anytime soon, Eisenberger added.

As we move towards reopening, Richardson urges residents to remain vigilant in containing the spread of the virus.

She reminded Hamiltonians that physical distancing, hand washing and mask-wearing are elemental in preventing community spread and will likely become key features of our new reality.

The City of Hamilton is reporting there are 674 cases of COVID-19 in the community as of Friday afternoon — 657 confirmed cases and seven probable — up 10 from last reporting.

Of Hamilton’s COVID-19 cases, 467 have been resolved, accounting for 69 per cent of the city’s overall cases.

There are presently 60 people being treated for COVID-19 at Hamilton hospitals, which is down from 61 on Thursday.

Meanwhile, Ontario reported 344 new COVID-19 cases Friday, and 41 more deaths. That brings the provincial total to 27,210 cases, which is an increase of 1.3 per cent over the previous day. The total includes 2,230 deaths and 20,983 cases that have been resolved.

Ontario’s chief medical officer of health, Dr. David Williams, has said new cases from a round of long-term care testing earlier this month are still coming in, so he’s not sure yet what percentage of the new cases are from the community.