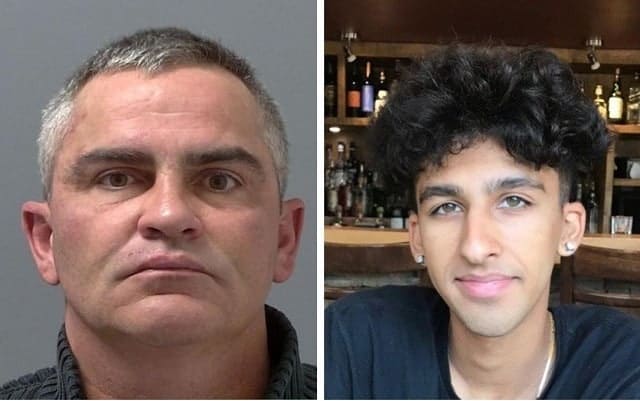 An Orangeville man who is headed to prison for driving drunk and killing a 19-year-old Mississauga man in October 2020 is asking the victim’s family to forgive his “selfish actions.”

“I stole his life away from him and your family because I made a decision to drink and drive,” said Simms, whom the Crown says had three prior impaired driving convictions. He added his decision to drive “resulted in the death of a young man that didn’t deserve to die.”

The agreed facts in the case are that Simms was speeding north on Hurontario Street in his Audi S5 sports car moments before midnight on Oct. 10, 2020.

He rear-ended a northbound Kia then careened into the southbound lanes and crashed head-on into Brar’s Honda Civic. His blood-alcohol level was twice the legal limit and the Crown has told court that he was driving at 149 km/h in a 50 zone.

Crown prosecutors also say Simms had three prior convictions for impaired driving. The last was in 1999, so the Crown has also asked that he receive a 30-year driving ban.

The Crown has asked for Simms to be sentenced to a 10-year prison term. His legal counsel has asked for 7½ years, less time already served.