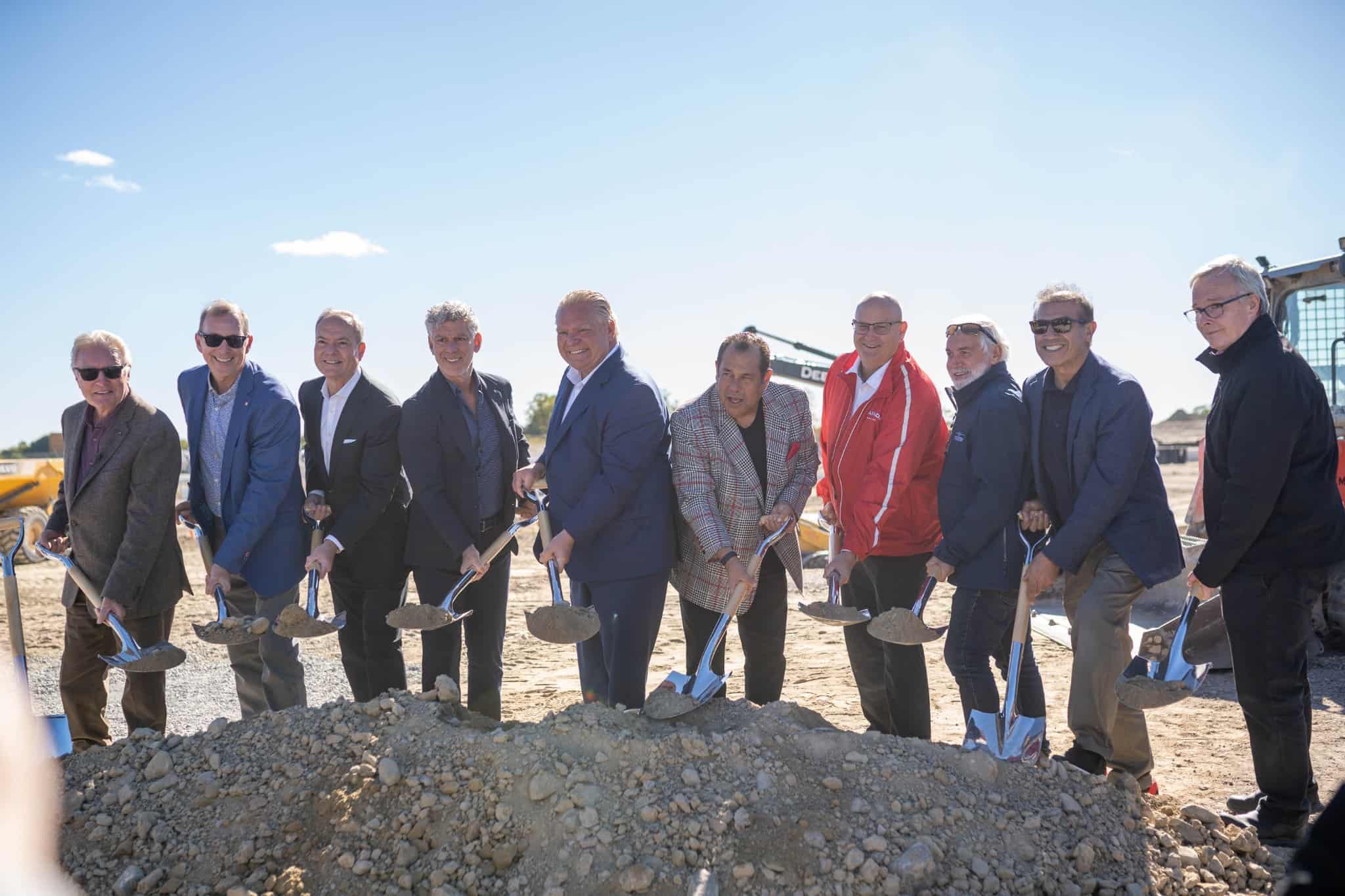 Dave Ryan called it the early days of Pickering’s “Golden Era” as the Pickering Mayor helped break ground on a 233,000 square foot, multi-unit, industrial complex in the city’s ‘Innovation Corridor’ that will serve as the headquarters of Lastman’s Bay Boys furniture chain.

The project, developed in partnership with SmartCentres and Lastman’s Bad Boy, is expected to be completed by next March.

Ryan said Lastman initially reached out a couple of years ago but the pandemic, as was its habit, got in the way.

“While the pandemic delayed these plans, it didn’t derail them,” the outgoing Pickering Mayor said at the ceremony, “and here we are today, breaking ground on a $70 million investment.”

The new facility is expected to create 200 jobs, as well about 50 during construction. 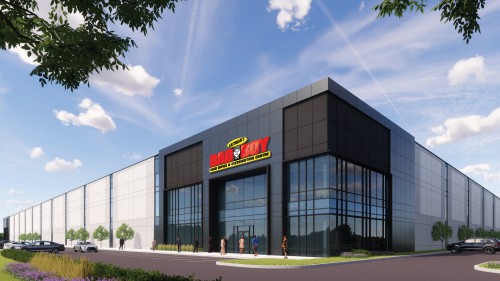 Artist rendition of the the new Bad Boy headquarters

The complex will be located on Sideline 24, immediately north of Hwy. 407 near Whites Road in the Innovation Corridor, which has more than 800 acres of employment lands and is currently the home of Kubota Canada’s headquarters and operations facility for utility vehicles.

Ford praised Durham, Pickering and the two commercial partners on the project for getting it to the groundbreaking stage quickly.

“Friends, the Region of Durham is growing and we have a plan to help bring good paying jobs to the area. This investment by Smart Centres and Lastman’s Bad Boy is another example of companies expanding their footprint in Ontario.”

Smart Centres, one of Canada’s biggest commercial developers, has numerous projects around Durham and is in the process of redeveloping and revitalizing a 48-acre site on Brock Road.

With a retail outlet in Whitby, this will be Bad Boy’s second venture in the region and by far their largest.

The company has outgrown its current headquarters in North York and the new 130,000 square-foot facility, with its 40-foot ceiling, will have considerably more cubic space, more shipping doors and the latest in logistical and warehouse technology.

“As we welcome more residents, businesses, and investments to Pickering, we look forward to working with the Province and the Region in building more transportation, transit, broadband, and community infrastructure to support this future growth and development,” said Ryan. 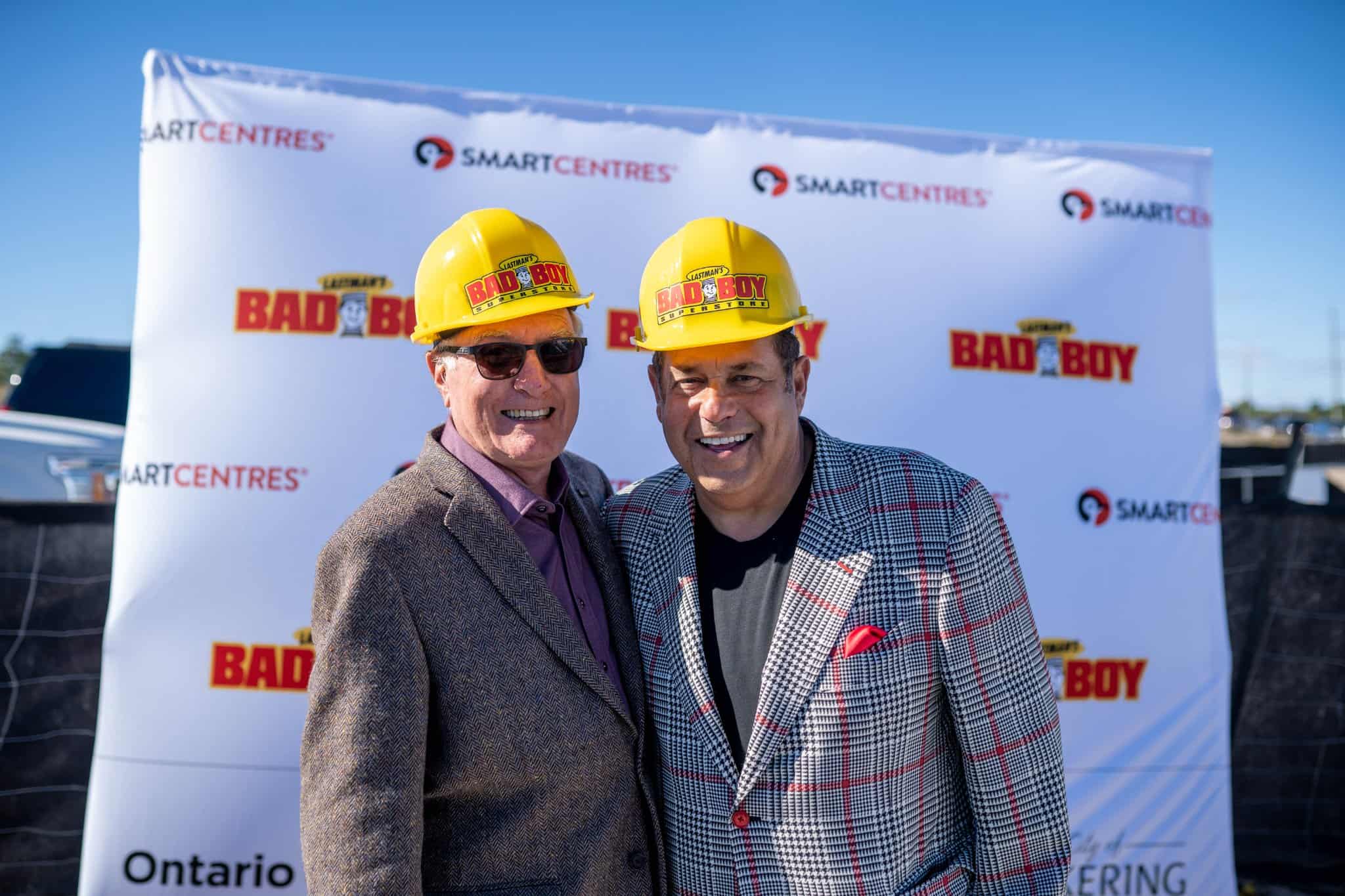