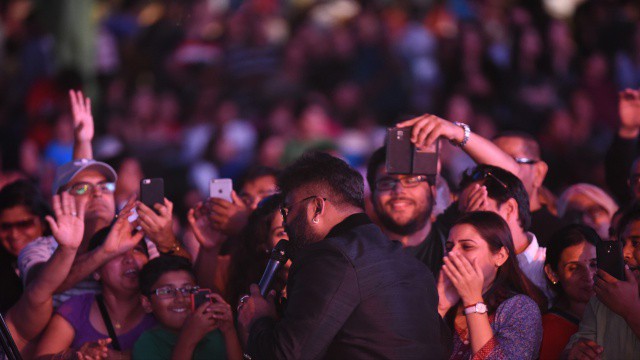 The largest South Asian Festival in Canada is coming back to Peel Region this summer!

#BollywoodMonster Mashup (BMM) is a two-day event packed with performances, food, and activities that will take place on July 21 and 22 at Celebration Square. 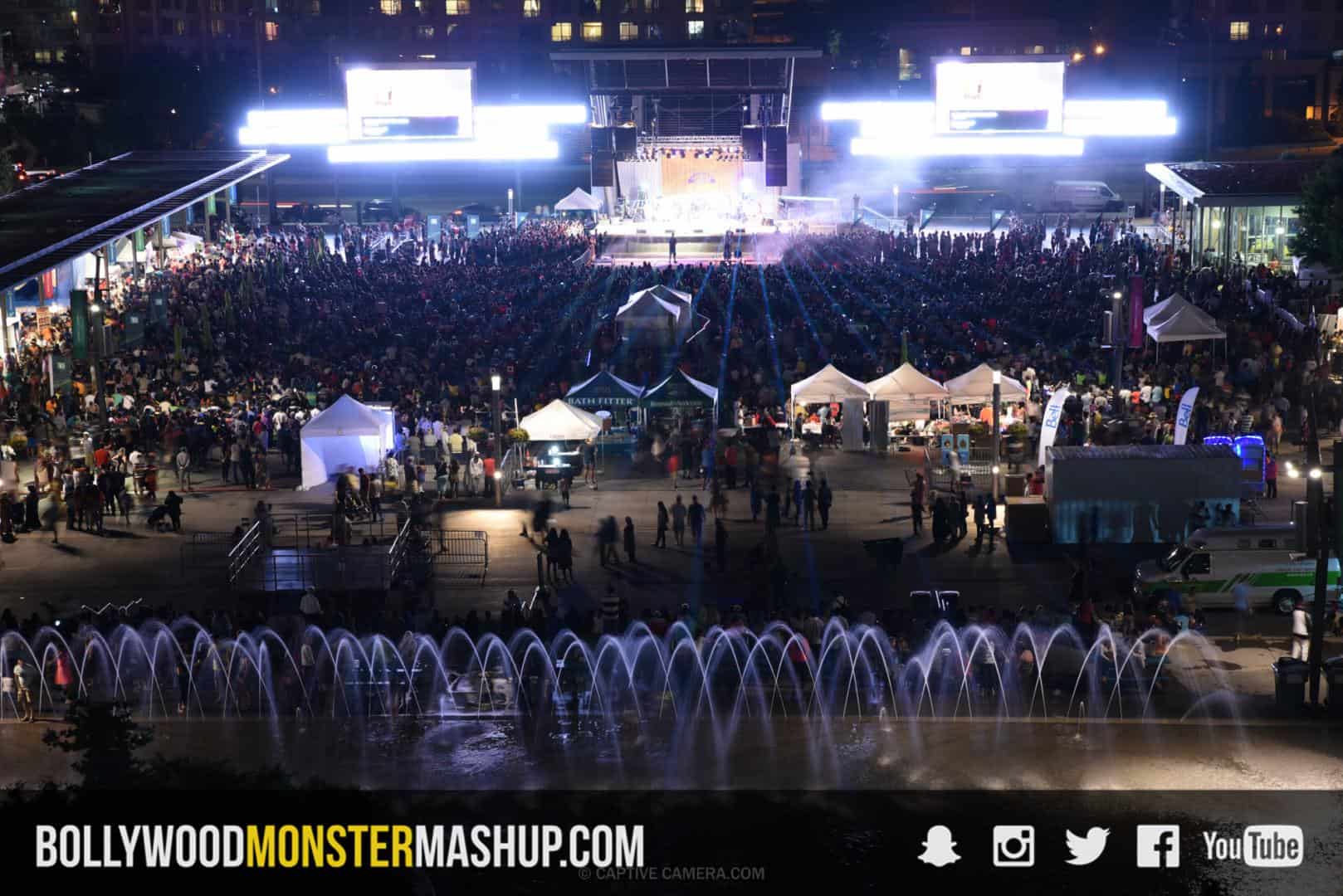 The crowd at last year’s BMM.

There are three kick-off events to get the party started: a Teaser Party held by Besharam nightclub at Revival Bar in Toronto on July 1, #BollywoodMonster Does Brampton (BMDB), an all-day multi-arts event, on July 15 at the Rose Theatre, and a VIP and Media cocktail reception on July 20 in Mississauga, open to the public this year with purchase of a ticket.

This year, BMDB is BMM’s high-energy satellite event. According to the #BollywoodMonster team, BMDB was originally an evening stand-up comedy and urban music showcase, but now it has expanded into a full day and evening multi-arts event. Last year, the BMDB event was a full house.

“This year, our draw of talent is so big we decided to make it into two separate performances,” said Emily Niedoba, #BollywoodMonster’s PR and Marketing Manager.

The art display will take place during the day at BMDB, while the evening is split into two performances, a Spoken Word and Urban Music Showcase, and a series of Stand-up Comedy Night Cap Performances.

“We’re also partnering with Studio.89 for the art display,” added Niedoba. The art display is free and will remain open during the evening’s performances.

Audiences will be excited to know that a lot of Brampton-based talent is lined up for the performances. The Spoken Word and Urban Music Showcase features local talent like City of Immigrants, JDSYN, Savv, Resolved Dissonance, and Tremayne, with headliner Haviah Mighty. The Stand-up Comedy Night Cap Performances include talent like Xuif Ali, Ricardo Mejias, and headliner Jean-Paul. 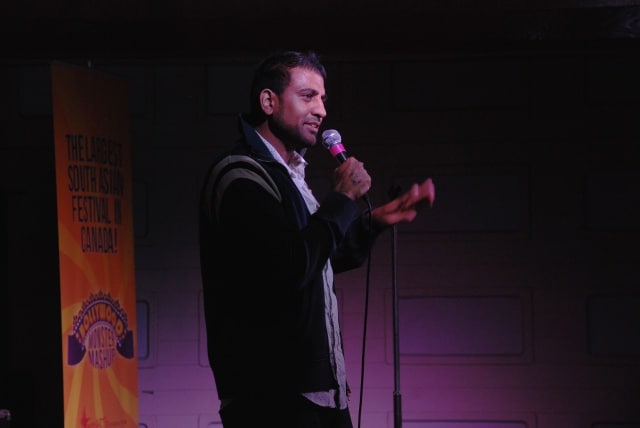 Attending either the Spoken Word and Urban Music Showcase or the Stand-up Comedy Night Cap Performances at the Rose Theatre on July 15 costs $6 for advance tickets, or $8 at the door. Audiences can also purchase tickets for both acts for $8 in advance or $10 at the door.

Last year, the main event, BMM, attracted thousands of festival-goers to Mississauga for a film festival, dance lessons, latin and youth orchestras, dance performances, a steel pan band, a tassa group, and Bollywood playback singers as headliners. This year, the #BollywoodMonster team hopes that the event will be just as successful, if not more. 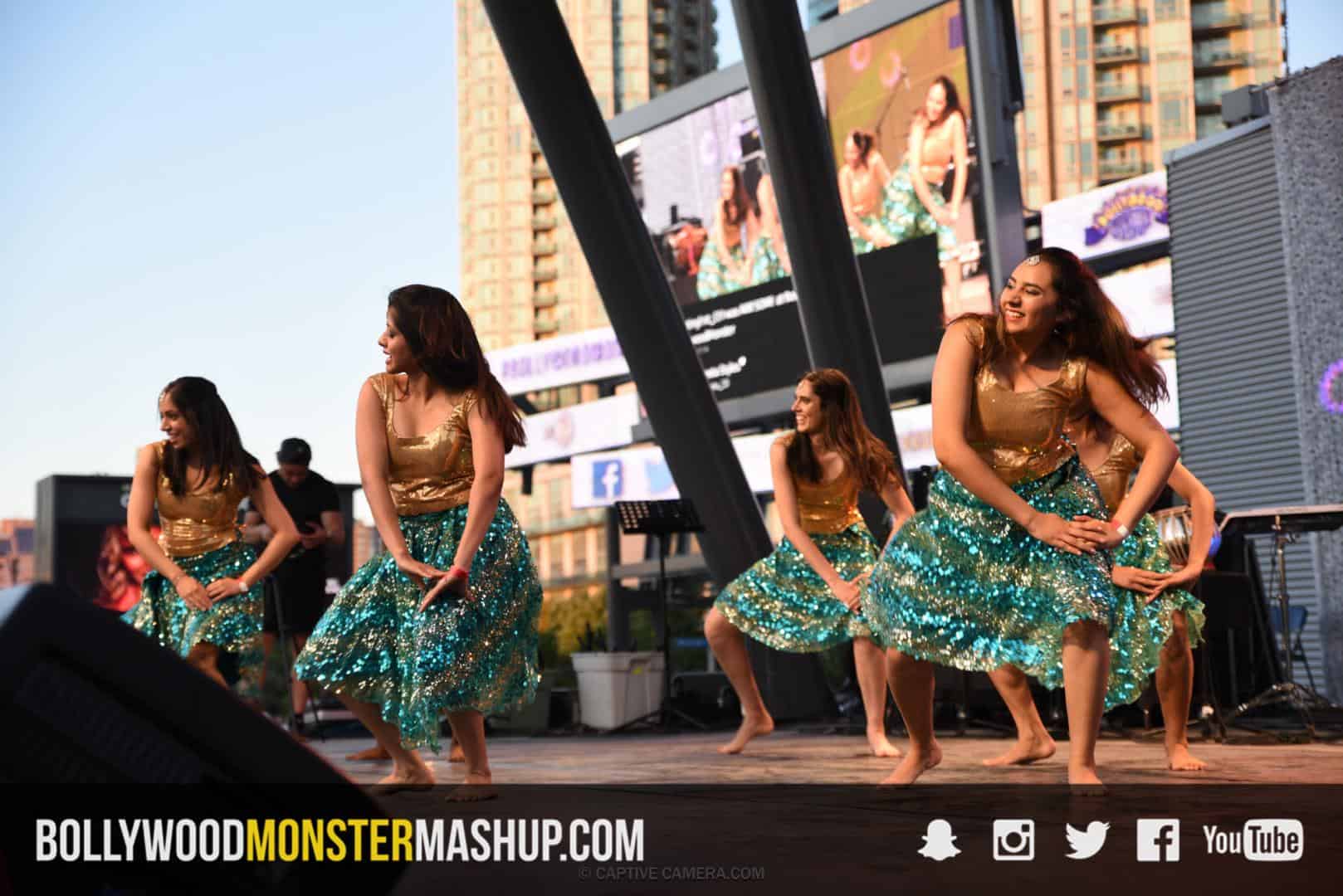 Dancers on the mainstage last year.

Alongside the main performances this year, there are a few highlight attractions.

As for headliners, big names like Jonita Gandhi and Aakanksha Sharma are scheduled to perform.

There will be a Monster Food Festival spread over both July 21 and 22 featuring global cuisines, cross-cultural foods and food demos, and even some celebrity chefs.

“We’ve got some really big names that we’re really excited about,” said Niedoba.

BMM will also feature a Canada 150 stage this year alongside the mainstage to celebrate the country’s 150th birthday, which will be dedicated to Monster Monde on July 22. Monster Monde is a massive finale event celebrating the new faces of Canadian dance and music.

“That’s where we’ll be hosting most of our cross-cultural musicians from around the world,” commented Niedoba.

Monster Monde will feature tap dancing, hip-hop, house music, an orchestra, dubstep, and even Indigenous Canadian electronic DJs with First Nations music and dance. The event will also feature music pavilions where kids and adults can experience instruments from around the world hands-on.

A huge event highlight is the Goodie Package the #BollywoodMonster team is putting together, which will be available on their website in May. The Goodie Package boasts additional savings, as it contains coupons, discounts, and promotions for Besharam’s Teaser Party, BMM, BMDB, and even for tourism initiatives like stays at the Novotel hotel and admission to PAMA.

“We really wanted to do this for our festival goers, for ways to enjoy the Peel Region as much as possible,” said Niedoba.

BMM has come a long way since it began in 2011 in Toronto, from an event that was part of a larger festival, to its own independent and highly attended event.

“BMM started off, actually, as part of the International Indian Film Academy Awards that came to Toronto in 2011, and then it became its own event in 2012,” said Niedoba.

According to Niedoba, the initial BMM event in 2011 was just the inspiration for the festival it has become today. Now, BMM is the largest South Asian festival in Canada.

“It’s something that embraces and also represents the entire community,” said Niedoba. Niedoba looks forward to “the energy of the audience and their enjoyment, and to know that this is something the entire family can enjoy free for the day and the evening, and there’s something for absolutely everyone.”

Everyone from Brampton, Mississauga, and beyond is invited to all of the #BollywoodMonster events, with something for everyone to enjoy.

Audiences can find more information, including schedules and ticket prices, in the coming weeks on the #BollywoodMonster Mashup website, and stay connected through their Facebook page.