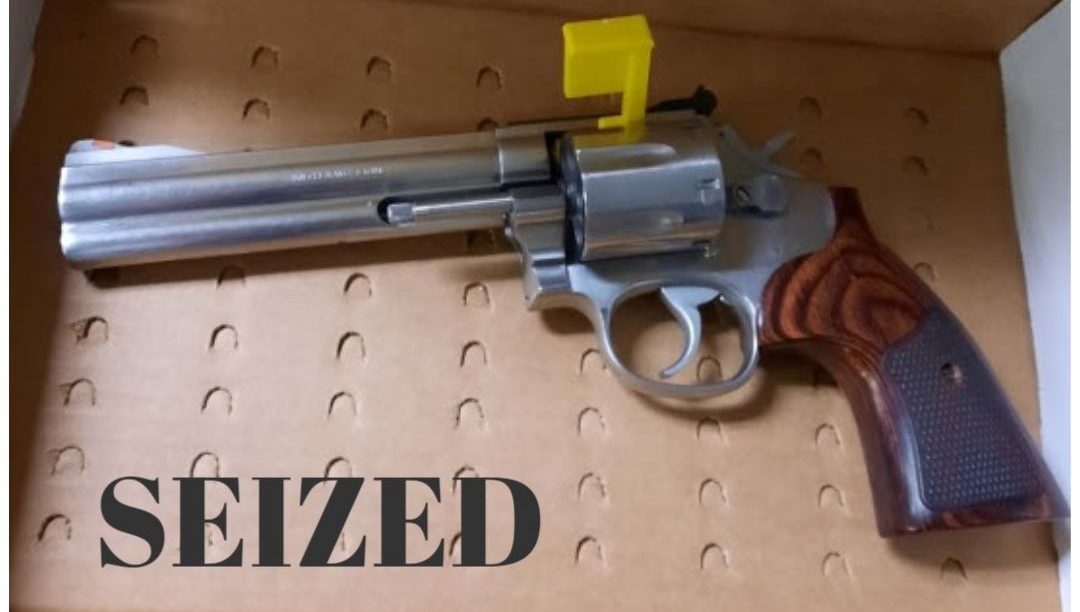 A pair from Oshawa face charges after police seized a large revolver. - via Durham police.

A pair from Oshawa must not feel lucky after the seizure of a large revolver led to a battery of firearms charges.

On December 14, Durham Regional police say they kicked off an investigation in downtown Oshawa near Park Rd and Gibb St, between the Oshawa Centre and Oshawa Creek. Officers arrested two people in the area.

Investigators claim they seized a large revolver and ammunition. Later on, they raided a home on Radisson Ave. about 1.5 kilometres from where the pair were arrested. Police say they found more ammunition in the home.

Leblanc remains in police custody until a bail hearing while Maio was released with conditions.