“Large plumes of smoke” near Pearson Airport in Mississauga 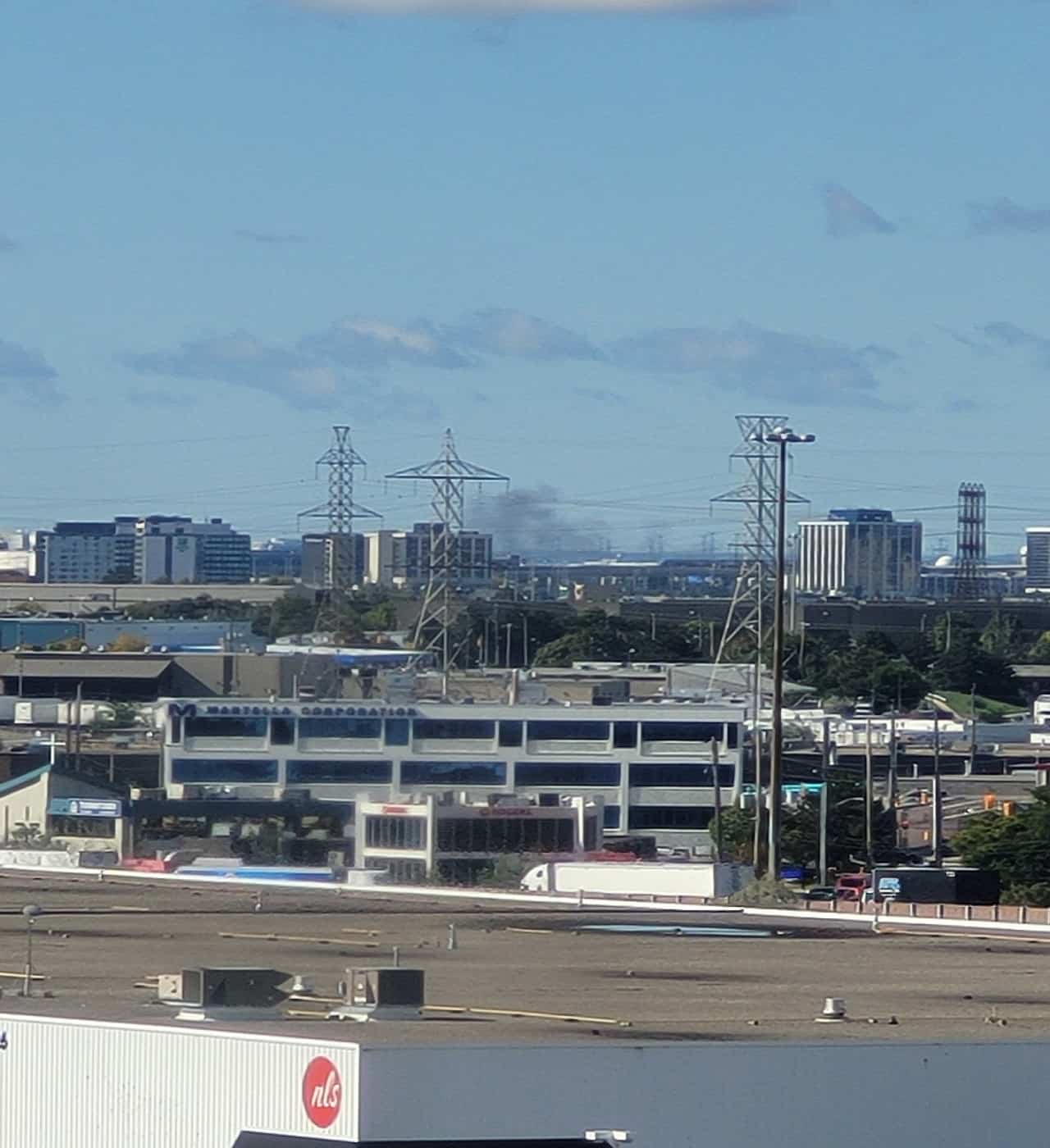 A large plume of smoke was reported near Pearson Airport in Mississauga today, but no major fires have been reported in the area. (Photo: Joseph Venne)

Several people have reported seeing large plumes of smoke in the area of Pearson Airport in Mississauga, but fire officials and police say there have been no reports of fires in that area today.

Peel Regional Police, who operate a division out of Pearson, and Brampton firefighters say there have been no reports of major fires in the area. Brampton is located just north of the airport.

And Mississauga firefighters have not responded to any major blaze in that area today.

However, she added, the facility always lets Brampton and Mississauga fire departments know when such training is taking place, and there was no such heads-up today.

She said it’s possible a car fire could produce large plumes of smoke, and those blazes are often quickly extinguished.