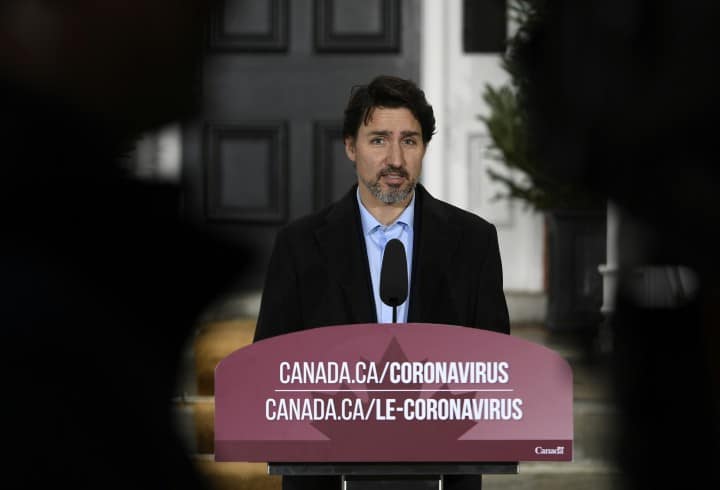 The House of Commons is poised to re-open today despite the COVID-19 pandemic thanks to an impasse between the four main political parties.

The Liberals announced Sunday that they had an agreement with the NDP and Bloc Quebecois to have 32 MPs meet in the House in person each Wednesday starting this week, with up to two virtual sessions also added for MPs to ask questions of the government.

Prime Minister Justin Trudeau told reporters it would be “irresponsible” to resume parliamentary sittings at a time when health experts are urging Canadians to limit their movement and work from home as much as possible to prevent the pandemic from spreading.

The House of Commons has already moved some business online with two parliamentary committees conducting hearings by video conference. The British Parliament is also poised to adopt a hybrid approach in which some MPs will grill ministers in person while others participate online.

But Conservative Leader Andrew Scheer rejected the proposal, suggesting there remained many unanswered questions about holding a virtual sitting of the House of Commons and insisting on three in-person sittings per week.

Negotiations were still underway Sunday evening, but all four parties needed to agree to prevent the House from officially resuming on Monday. The question then will be how many MPs show up and what they will discuss.

The government had suggested that if an agreement wasn’t reached, the House of Commons would resume business as usual with all 338 MPs and their staff, along with Parliament Hill clerks, interpreters, security and cleaners, returning to work in Ottawa.

Scheer, however, noted only 20 MPs need to be in the House for a sitting. He has accused the Liberals of misleading Canadians to put pressure on Opposition parties to accept fewer in-person sessions to hold the government to account for its pandemic response.

Except for two single-day sittings to pass emergency aid bills, Parliament has been adjourned since mid-March. Those two sessions were held with a limited number of Parliament Hill staff, which Scheer said could be easily replicated to prevent the spread of COVID-19.

The NDP was preparing to have three MPs, including Leader Jagmeet Singh and deputy leader Alexandre Boulerice, in the House of Commons on Monday if a deal could not be reached.

The political wrangling in Ottawa came as provincial health authorities reported at least 117 more deaths from COVID-19, bringing the national total to 1,587.

Yet while Ontario and Quebec also reported hundreds more positive tests, bringing the national total to more than 35,000, New Brunswick, as well as Newfoundland and Labrador, reported no new cases.

This report by The Canadian Press was first published April 20, 2020.