Lack of Canadian vaccine production means others could get inoculations first: PM 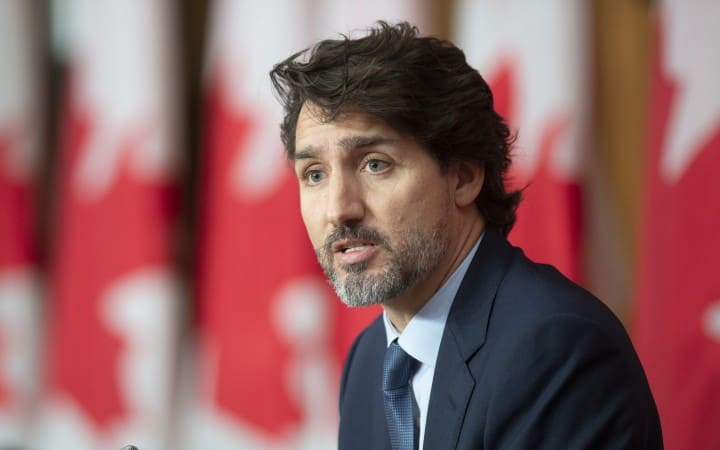 OTTAWA — A lack of vaccine-production capabilities in Canada means the United States, Britain, Germany and other countries could have some of their citizens inoculated against COVID-19 before Canadians start to get shots, Prime Minister Justin Trudeau said Tuesday.

“One of the things to remember is Canada no longer has any domestic production capacity for vaccines,” Trudeau said during his regular COVID-19 news conference outside his home in Ottawa.

“We used to have it decades ago, but we no longer have it. countries like the United States, Germany and the U.K. do have domestic pharmaceutical facilities, which is why they’re obviously going to prioritize helping their citizens first.”

The prime minister nonetheless played down any potential threat to Canadian access to vaccines, noting the federal government has signed orders for millions of doses from a variety of foreign pharmaceutical companies in recent months.

It has also been in talks with other countries to ensure equal access to vaccines for all, Trudeau added, with the expectation that the first doses will start to arrive in Canada in the early months of 2021.

At the same time, “we’ve begun to invest once again in ensuring that Canada will have domestic vaccine production capacity because we never want to be caught short again, without the ability to support Canadians directly,” Trudeau said.

“And that will be in place in the coming years. If ever there is another pandemic we will not be caught on the wrong foot again.”

Until vaccines are widely available, Trudeau said, Canadians need to do everything they can to avoid catching COVID-19.

The prime minister’s comments came as Ontario and Quebec each reported more than 1,000 new cases of COVID-19 on Tuesday,

The Manitoba government also reported that it had issued one ticket — with more expected — in connection with a church service on Sunday that allegedly violated the province’s ban on public gatherings.

The RCMP said they attended the church in a rural area near Steinbach and found more than 100 people inside.

The provincial government also said 16 tickets had been issued to people who attended an anti-mask rally in Steinbach earlier this month, and more are expected.

—With files from Steve Lambert in Winnipeg, John Chidley-Hill in Toronto and Giuseppe Valiante in Montreal.