Labour board to rule on legality of Ontario education strike 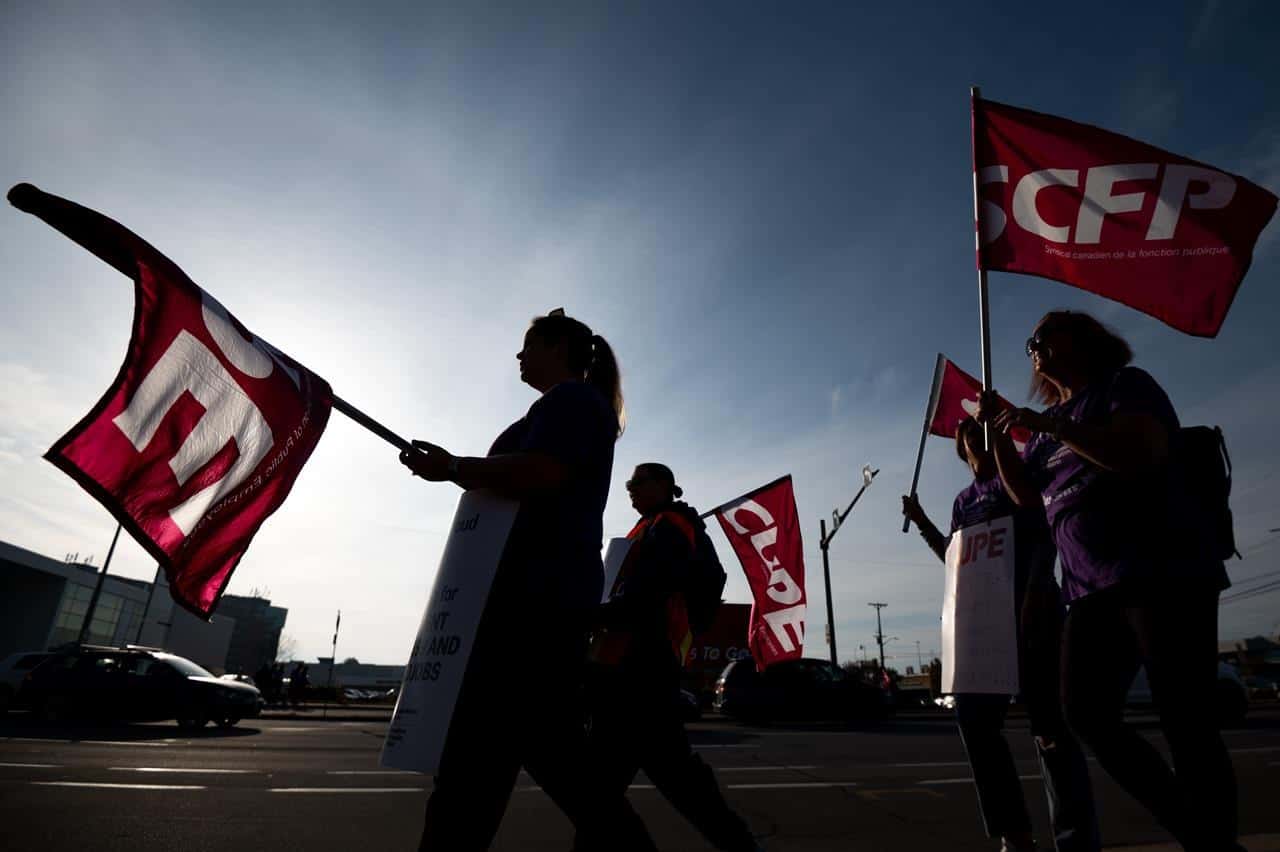 A daylong demonstration is planned for Queen’s Park Monday, as members of the Canadian Union of Public Employees (CUPE) continue to protest government legislation that imposed a contract on 55,000 provincial education workers and took away their right to strike.

The protest comes as CUPE, the provincial government, parents and students await a decision by the Ontario Labour Relations Board on the legality of the strike that began Friday, when thousands of workers walked off the job.

The government is seeking a ruling that their walkout is illegal, while CUPE contends the job action is a form of legitimate political protest.

Board Chair Brian O’Byrne heard arguments over the course of 16 hours on Saturday and another eight hours on Sunday, before promising to come to a decision as quickly as possible.

CUPE has scheduled a news conference for Monday morning, where the union’s national president will be joined by national and provincial labour leaders to discuss the pushback to Bill 28.

The strike closed numerous schools across the province Friday, with even more set to shut on Monday should the work stoppage continue.