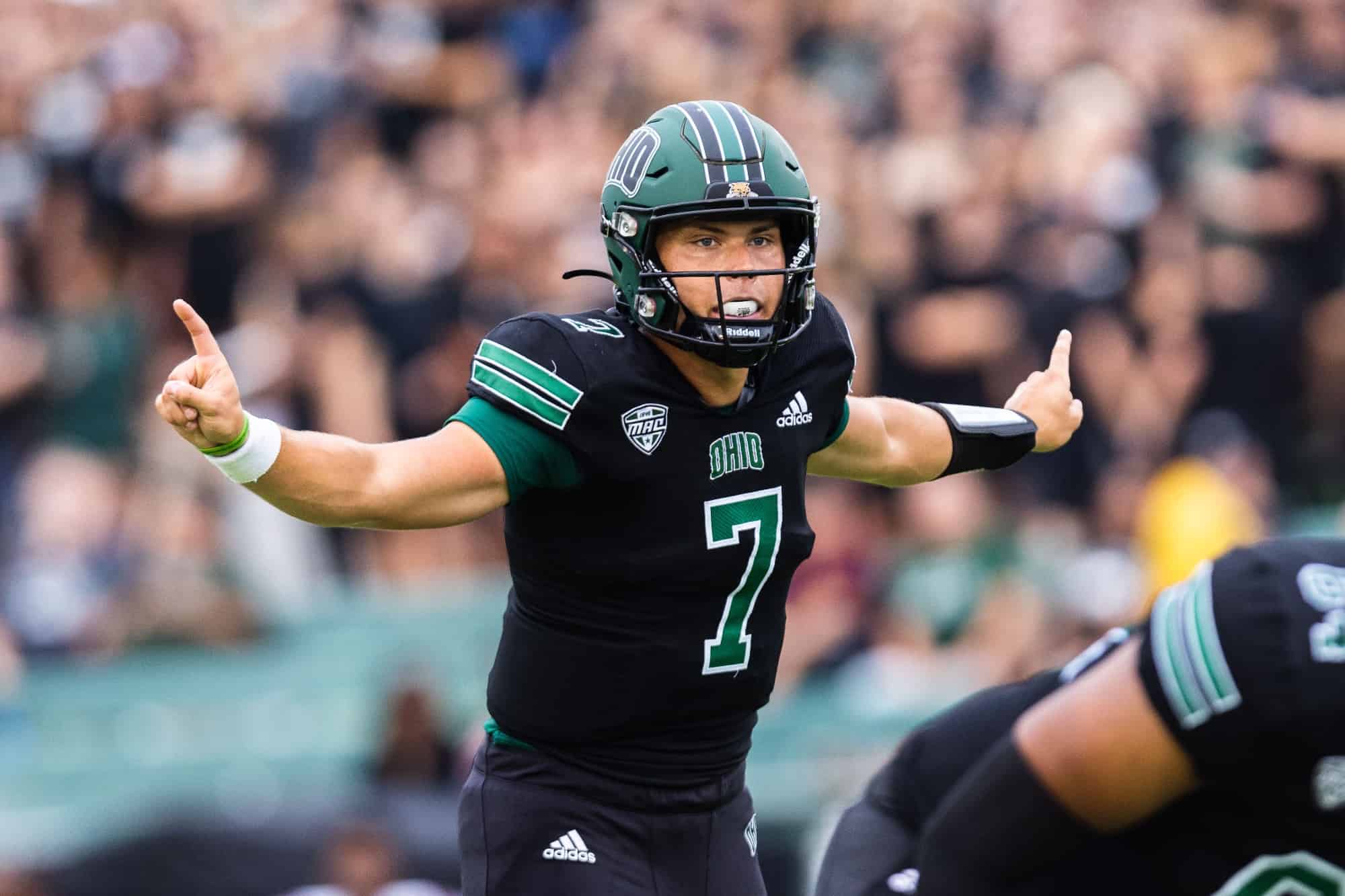 Oakville native and Ohio Bobcats star quarterback Kurtis Rourke is out for the rest of the NCAA season after suffering a knee injury last week. OHIO UNIVERSITY PHOTO

A knee injury will sideline Oakville native and Ohio Bobcats star quarterback Kurtis Rourke for the rest of the NCAA season.

Ohio announced the Midwest Athletic Conference’s most prolific passer is out after suffering a knee injury last week against Ball State.

“It’s a tough break for Kurtis,” said Bobcats head coach Tim Albin. “He’s a great quarterback, captain and person, so this impacts us on multiple levels. Kurtis will play a key part in the coming weeks, helping CJ and the entire team prepare for the rest of the season.

“We will be right beside him through the rehabilitation.”

Rourke is considered the favourite to win the MAC’s Offensive Player of the Year Award.

The redshirt junior leads the conference with 3,256 yards in passing and 25 touchdown passes.

A graduate of Holy Trinity Catholic School in Oakville, Rourke had led the Bobcats this season to six straight wins and an 8-3 record, including 6-1 in MAC play.

Redshirt sophomore CJ Harris made his first career start in Ohio’s 38-14 win over the Bowling Green Falcons on Tuesday (Nov. 22).

The win clinched the MAC championship for the Bobcats and improved their record to 9-3 overall and 7-1 in the conference.