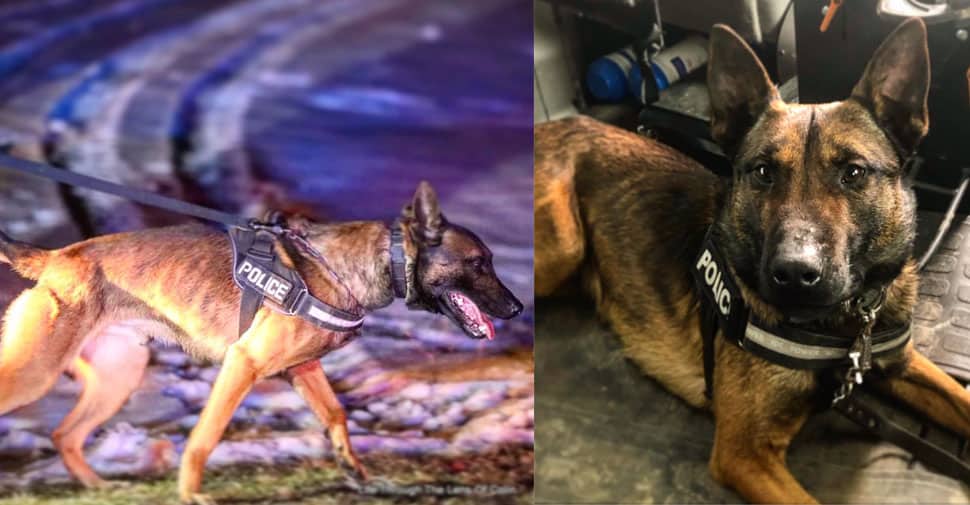 A K-9 named Klutch came through in the clutch for Durham Police early this morning to help catch a copper culprit in Oshawa.

A 38-year-old man faces numerous charges after breaking into an Oshawa hydro sub-station, just after midnight and allegedly stealing some copper wire.

Durham Police were called to the area of Thornton Road South for reports of a break-and-enter. The suspect was observed breaking into the fenced area and stealing copper wire before fleeing on foot.

With the assistance of Police Service Dog Klutch and his handler, the man was tracked and eventually found hidden under a tarp in a nearby forest. The man was taken into custody without incident.

Kenneth Dupont of Oshawa is charged with Fail to Comply with Release Order x3; Obstruct Police; Break and Enter; Mischief to Property under $5,000; Possess Break and Enter Instruments and Theft Under $5,000.
He was held for a bail hearing.

Anyone with information about this investigation is asked to contact D/Cst. Sheppard of the Central West Division Criminal Investigations Bureau at 1-888-579-1520, ext. 1825.