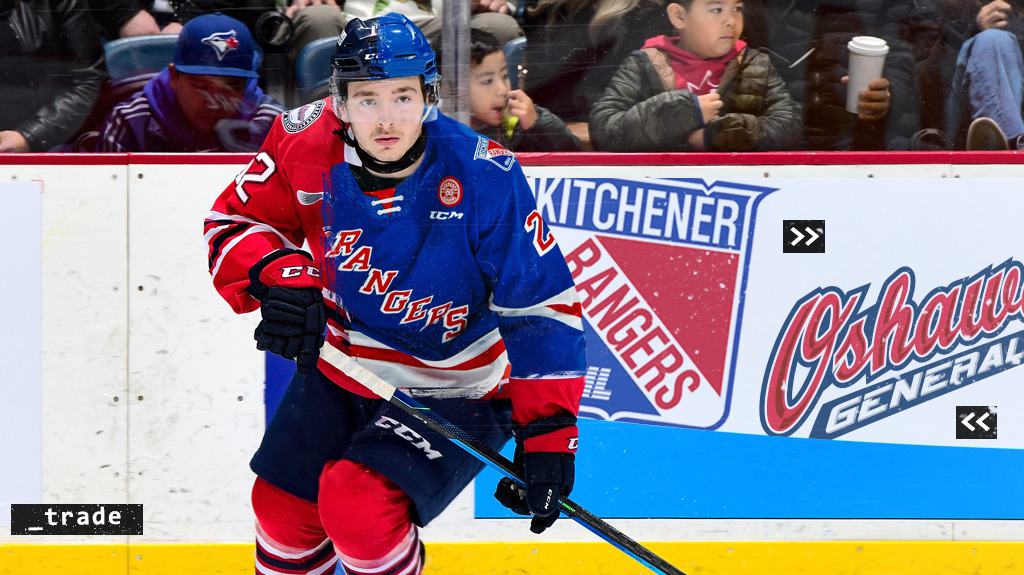 The CHL on TSN is back as the Kitchener Rangers prepare to host the Oshawa Generals tonight at the Kitchener Memorial Auditorium.

The Rangers look to end a six-game slide at home to a Generals team currently two points on the outside of the Eastern Conference playoff picture. The matchup can be seen across the network starting at 7:30 p.m.

Central Scouting Midterms hot off the press: Four players competing in the game made the list including Oshawa’s Calum Ritchie (17) and Kitchener teammates Carson Rehkopf (31), Hunter Brzustewicz (33) and Matthew Andonovski (115).

Seeing old friends: The Rangers and Generals say hello to a former teammate tonight as Oshawa is re-acquainted with former captain Lleyton Moore, while Kitchener meets up with former overage forward Joseph Serpa. The two players were involved in a trade back on December 13. Moore played 157 games for the Generals over parts of four seasons while Serpa was a Ranger for 146 contests, being selected by the Blueshirts in the fourth round of the 2018 OHL Priority Selection.

Generals’ top power play: Oshawa owns the League’s top power play, operating at 26.3 per cent, a figure that jumps to 28.6 per cent when away from the Tribute Communities Centre. It remains to be seen if that success can be sustained without the likes of Moore and Brett Harrison (who has joined the Windsor Spitfires) in the lineup.

Big brother, literally: Generals forward Dylan Roobroeck is the older brother of top 2023 OHL Priority Selection prospect Ryan Roobroeck of the London Jr. Knights U16 AAA team. The older Roobroeck was acquired from the Niagara IceDogs early in the season, and at 6’7”, 204 Ibs., is among the biggest players in the OHL this season.

New look in goal: Oshawa swung a deal with the Guelph Storm, sending veteran netminder Patrick Leaver to Guelph in exchange for 2004-born netminder Jacob Oster. A former fifth round pick in 2020, Oster had success as a rookie in 2021-22, but struggled at various points in Guelph and gets a fresh start with the Generals.

Celebrating Lebold’s 2000-game milestone: Long-time Kitchener Rangers head equipment manager Dan Lebold worked his 200th OHL contest last Friday in Saginaw. The Rangers will honour Lebold prior to puck drop tonight, with friend and colleague Bryan Boyes of the Oshawa Generals on hand. Lebold has been with the Rangers since 1995, winning an OHL championship and Memorial Cup in 2003, and another OHL championship in 2008.

Rangers hopeful for a pair of returns: December’s OHL Player of the Month Francesco Pinelli and 6-foot-4 winger Mitchell Martin have been skating with the Rangers in practice this week while blueliner Simon Motew was the only player absent from practice on Thursday.

Rangers hot and cold: The Rangers opened the season with five straight losses, went on a six-game winning streak from December 3-18, and have now lost six games in a row. They sit just outside of a playoff spot in the Western Conference with a record of 15-17-2. 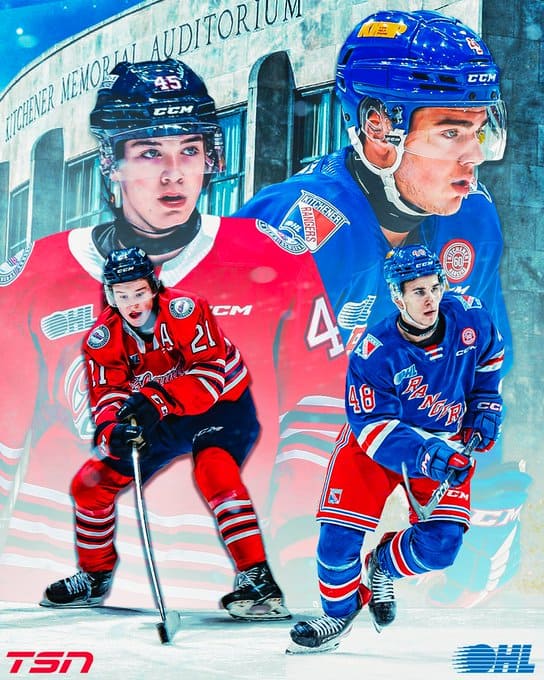