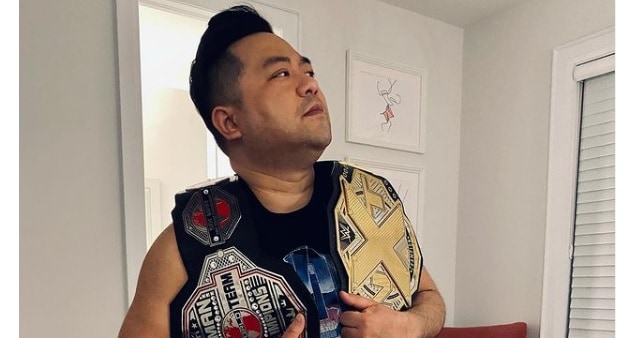 Canadian actor Andrew Phung is the co-creator of "Run The Burbs," a situation comedy that has been filming in Hamilton. (Instagram/@andrewphung)

Thanks in large part to Andrew Phung, Hamilton is now two-for-three with being connected to new sitcoms that are coming to Canada’s public broadcaster.

The forthcoming comedy series “Run The Burbs,” which “Kim’s Convenience” alumnus Phung co-created and stars in, has been filming in Hamilton this week. The sitcom is expected to debut in 2022 after two years in development with Pier 21 films; production was pushed back due to the COVID-19 pandemic.

“Run The Burbs” has been filming on Hamilton Mountain.

Phung starred in “Kim’s Convenience” throughout the series’ entire run from 2016 to ’21, winning three Canadian Screen Awards. The Calgary-raised performer portrayed Arnold (Kimchee) Han, the wacky best friend, and at various stages the roommate, car-rental coworker and boss of Jung Kim, who was portrayed by Mississauga actor Simu Liu.

Liu, of course, has become a breakout star in movies as the hero in the Marvel Cinematic Universe movie, “Shang-Chi and the Legend of the Ten Rings.”

Phung and co-showrunner Scott Townend intend for “Run The Burbs” to be “a new original comedy about a young, bold Canadian family taking a different approach to living life to the fullest in the suburbs, featuring Phung as a stay-at-home dad with an entrepreneur wife and two kids.”

Phung has stated that “Run The Burbs” draws on his experiences growing up in northeast Calgary as a Canadian of Chinese and Vietnamese descent. The series is due to premiere on CBC platforms in 2022.

The other new CBC sitcom with a Hamilton and “Kim’s Convenience” connection is “Strays,” a “Kim’s” spin-off set in a Hamilton animal shelter.